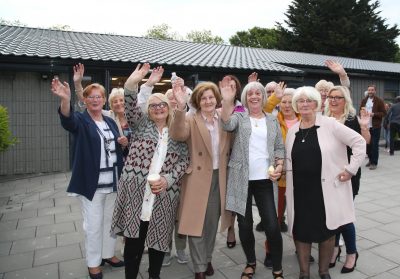 A new pastoral centre in Ballymun, which was officially opened by Archbishop Diarmuid Martin of Dublin last Friday, will help nurture a sense of unity in the local community by gathering people from all areas of the parish.

St Pappin’s parish centre was renovated from the former presbytery of St Joseph’s, which was occupied by Columban Fathers when they served in the parish.

In 2016 the Columbans handed the parish back to the Archdiocese of Dublin after 40 years of service.

In his blessing Archbishop Martin told the gathering that they were there to “celebrate the complete transformation of what was a tired presbytery” into a “lovely new centre for God’s people” in St Pappin’s parish.

He thanked God for this new beginning and for those whose kindness, hard work and great generosity had made it possible.

“We pray for those who have gone before us, who were living stones in this community sharing their faith, hope and love with us. We remember in a particular way the witness of the Columban Fathers.” 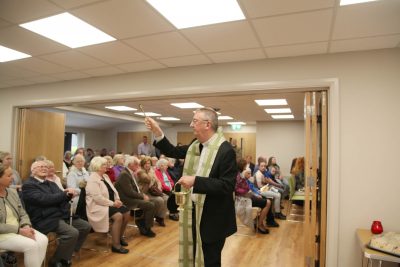 The new pastoral centre will provide a space for the parish office as well as local support groups such as bereavement support and mental health support, along with reflection days and retreats for adults and school groups, and individual counselling.

A spokesperson for the parish said the “large meeting space that has been created gives us the space to gather people from all areas of the parish to nurture a sense of unity.”

“The renovation of the Oratory has given us a sacred space where we can invite people from all areas for opportunities of prayer and reflection.

“We hope it will be a place of welcome and support for individuals, both young and old, and for the families of our parish.”

Members of the Missionary Society of St Columban were invited to attend the blessing on account of their role in building up the parish over their ministry there for 40 years. 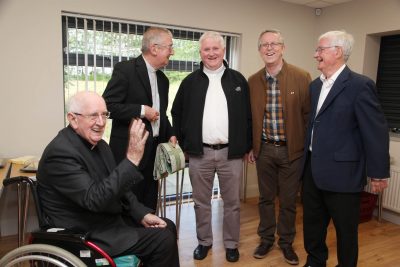 Fr Raymond Husband, regional director, attended along with Fr Padraig O’Donovan, who served as a deacon in the parish, as well as Fr Donie Hogan and Fr Jack Chute.

Fr Husband told CatholicIreland.net that he “enjoyed meeting the parishioners and hearing their fond recollections of the Columbans and the work they did there down through the years.”

The amalgamation of the three parishes came about in two steps.

Fr Ciarán Enright explained to CatholicIreland.net that the parish councils of the parishes of the Holy Spirit and the Virgin Mary amalgamated into one pastoral council first.

“When the Columbans left St Joseph’s Balcurris, the Archbishop appointed a team with pastoral responsibility for St Pappin’s Grouping incorporating Holy Spirit, Virgin Mary and St Joseph’s. The priests and deacon moved between the three churches with a rota for Sunday Masses. They familiarised themselves with the congregations in the three churches, including the children, their parents and their teachers who were preparing for First Communion and Confirmation.”

Later, one pastoral council was formed for St Pappin’s Grouping incorporating the parish pastoral councils of Holy Spirit, Virgin Mary and St Joseph’s. He said the initial meetings of the new council involved a lot of discussion about the new arrangements in the three churches.

The three churches came together to celebrate the 2017 Easter Vigil in Holy Spirit Church. “We had a full Church for the celebration and received very positive feedback. People expressed how they found it encouraging, life giving, and hopeful.”

Throughout 2017 the three churches came together for Advent/Lenten reflection evenings, reconciliation services, a reflection day for those involved in ministry and child safeguarding training.

At the beginning of 2018 the move towards a formal amalgamation of the three parishes into the one parish began.

“We discussed the proposed amalgamation with the parish pastoral councils at a number of meetings. There was no opposition to the proposal. The fact that the amalgamation did not involve a closure of any of the three churches was very significant in the level of support.”

He added that consultation with the people has been a very important part of the process and the amalgamation did not present any difficulty regarding the status of the parish’s primary schools.