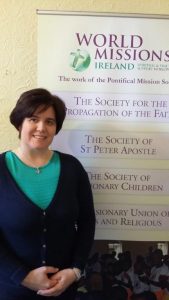 The Society of Missionary Children has appointed a former member of the National Faith Development Team and a member of CSMA as its new National Secretary.

Theology graduate, Julieann Moran, will head up one of the oldest children’s charities in Ireland.

The Society of Missionary Children is governed by World Missions Ireland which supports missionaries and mission projects in up to 80 countries throughout the world.

It encourages a spirit of sharing, caring and praying for children in the developing world.

Julieann Moran succeeds Jackie Pallas who worked in the role for the past 16 years. Sally McEllistrim of the Society of Missionary Children paid tribute to her for her tireless work over the years.

Julieann Moran has a long track record of working in both ecclesial and educational roles and has worked for the Irish Bishops Conference for the past six years. She has a Masters in theology.

Speaking about her new role Juliann said, “I am thrilled to secure this position. As an organisation World Missions Ireland does amazing work and I am so glad to be now part of it.”

She suggested that children are by their nature open, generous, and hate to see others suffering in any way. “They love getting involved in the many projects Missionary Children organises every year and they love hearing updates from our many mission projects,” she said. 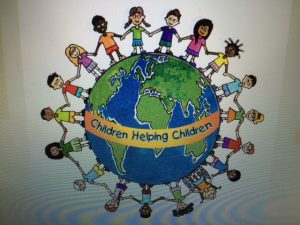 Passionate about people no matter where they are on their journey of faith, Julieann said, “Where there are children there are great opportunities to enable them to develop missionary hearts.”

“There is great scope in this job and my vision is to encourage parishes to support their youngest parishioners as they learn to pray for and share with others who need their help.”

Columban Fr Maurice Hogan SSC, National Director for World Missions Ireland, warmly welcomed Julieann’s appointment saying, “We are lucky to have a woman of her talent, wisdom and enthusiasm and Julieann is another very valuable addition to our team here”.