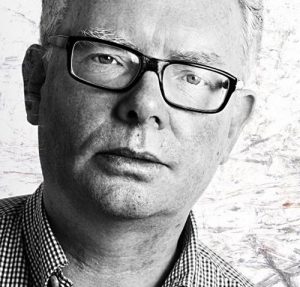 A new Mass by Irish composer Kevin O’Connell will have its world premiere in Dublin next Sunday.

Aifreann sets four prayers from the Ordinary – the “Kyrie”, “Gloria”, “Sanctus” and “Agnus Dei”, to music. It will be performed by the Palestrina and Senior Girl Choristers, at 11am Solemn Mass in St. Mary’s Pro-Cathedral, Dublin, on 14 October 2018.

This is the Derry man’s second Mass. The first, in Latin, was performed by the Palestrina Choir in 2015.

The choirs, under the direction of Blánaid Murphy and accompanied by organist David Grealy, have been rehearsing for some weeks. With its first performance just a week away, Mr O’Connell said he is relaxed as he has worked with the director and choirs before. “But any premiere is always an event where nerves and keen anticipation mix,” he said.

Mr O’Connell, who is head of composition at the Royal Irish Academy of Music, said a particular challenge of working on Aifreann was the fact that he does not have fluent Irish.

“But composers are surprisingly often called upon to set languages that they do not know well. The Irish phonetic system is quite complicated, with a musical intricacy all its own but a beauty as well. I have had advice from fluent speakers every step of the way.”

Describing himself as a “Mass-attending Catholic”, Mr O’Connell, whose output includes opera, orchestral, vocal and chamber works, said that faith demands much “and it should, but we all fall short”.

“It is difficult to describe how faith influences composition. A composer is always in the first place aware of the technical challenges in writing a piece. How is the text shaped? Where are the dramatic high points? In short, it is a professional undertaking. On the other hand, the treatment of the words in settings by some composers seems occasionally high-handed, theatrical or even irreverent to me, and that is the Catholic in me saying: ‘This is the Mass, handle with care’.”

Mr O’Connell said a sung Mass has the potential to reach many people outside the circle of concert music – but it is not entertainment because the Mass itself is not. “It is a sacrifice where all, including the music, subserves the altar,” he said.

While every composer wants their music to spread as widely as possible, there are considerations that are equally important – faithfulness to the liturgy and to the Irish language among them, he said. “I rather hope that the Irish language, which might appear an initial barrier, might prove an attraction to international choirs. We have a great language on this small island that is unique to us. We should broadcast it more (in every sense of the word broadcast).”

Linda O’Shea Farren, communications & projects manager with the Contemporary Music Centre (CMC), was one of those who commissioned the piece. “Adding to the canon of contemporary music works from Ireland is rewarding in and of itself,” she told CatholicIreland.net, “but supporting composers in creating their art form and earning their livelihood also gives all commissioners great satisfaction.”

Noting that all artists depend on public sponsorship of their work, Ms O’Shea Farren said the CMC, which is funded by the Arts Council, is “more than happy to assist in any way we can to bring ideas to fruition”. For further information visit the CMC’s website.

The publication of the new edition of An Leabhar Aifrinn Rómhánach, which contains Irish language translations of the music in the 2002 and 2008 Missale Romanum and the English language missal of 2011, provided the impetus for the commissioning of Mr O’Connell’s Mass at the start of Bliain na Gaeilge 2018.