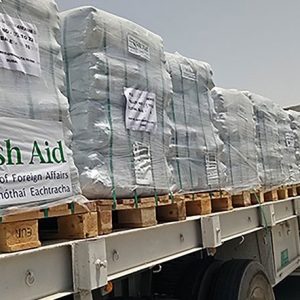 “This new policy puts a welcome focus on the key issues Trócaire works on around the world,” said de Barra. “The key focuses reflect the major challenges facing the world’s poorest people.”

At present, Ireland spends 0.31 per cent of its gross national income (GNI) on overseas aid, less than half the UN target of 0.7 per cent.

Yesterday (Thursday), at the launch of the new policy, An Taoiseach, Leo Varadkar, committed Ireland to hitting the UN target by 2030.

There are good reasons in Ireland’s self-interest for complying with UN good practice on overseas development, An Tánaiste, Simon Coveney, revealed in July last year when he was launching a public consultation in advance of formulating the new aid policy. He said then: “This new international development policy is an integral part of the deepening of Ireland’s global influence. Our development programme last year reached over 120 countries: it is recognised as one of the best in the world. Its good reputation opens doors for Ireland across the world, not least at the United Nations in New York, where the world comes together to discuss global problems and – we hope – agree global solutions. We need to build on this reputation.”

At present, Ireland’s overseas aid budget amounts to €817m a year – to hit the UN target it’s reckoned it will need to increase by €115m a year between now and 2030.