New Garda rules will allow wearing of hijabs and turbans 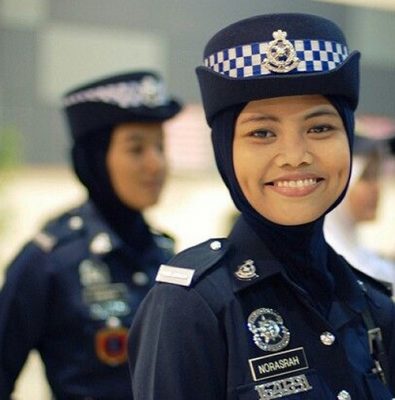 In an attempt to attract people from minority communities to An Garda Siochána, the force has agreed to allow the wearing of turbans by members of the Sikh community and hijabs by Muslims.

Garda Commissioner Drew Harris said the organisation recognises it must become more diverse in order to reflect the society it serves.

“That is why our campaign is focusing on people who might not have previously considered a career as a Garda member,” Mr Harris said.

The force will now consider alterations to the Garda uniform to take account of religious and ethnic requirements “subject to operational, and health and safety obligations”.

A spokesperson for An Garda Siochána told CatholicIreland.net that currently Gardaí could only wear a limited number of insignia, badges, buttons and equipment, which are prescribed by regulations.

Among these for example, is the Fáinne badge which indicates that a Garda speaks fluent Irish. “All matters pertaining to the Garda uniform are currently under consideration,” said the spokesperson.

The decision to allow Sikhs to wear a turban and Muslims to wear a hijab is in line with the approach adopted by police services such as the PSNI, Police Scotland, New Zealand Police, NYPD, and other police services in UK, Australia and Canada.

“We hope that this will encourage people from minority communities to join An Garda Síochána. We want to demonstrate to them that An Garda Síochána is an inclusive employer that is serious about becoming more diverse,” said Mr Harris.

Members of the Sikh and Muslim communities have welcomed the move. Dr Jasbir Singh Puri, a leader of the Sikh community, told RTE he was glad of the development. “We will see a younger generation coming forward. A lot of them like to serve the country.”

The Muslims Sisters of Éire said it was celebrating the decision. “It is a step towards integration and societal cohesion when our policing forces are welcome to visually represent people of all backgrounds, faiths and none,” a spokesperson said.

Although the number of recruits from different cultural and ethnic backgrounds is now 7 per cent of the force, An Garda Síochána remains in large part a homogenous organisation with most of its members from a predominantly Irish Catholic background.