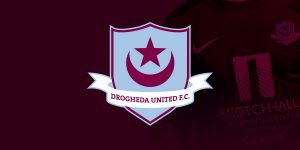 The little-known story of the Turkish Sultan, who was one of the few people to come to the aid of Ireland during the Great Famine, is the focus of a new film starring actor Colin Farrell.

Between 1845 and 1852, Ireland endured the terrible loss of a million dead and the mass exodus of more than one million people never to return.

When the Turkish Ottoman, Sultan Khaleefah Abdul-Majid I, heard about the unfolding disaster, he declared his intention to send £10,000 to help Irish farmers.

However, Queen Victoria intervened and requested that the Sultan send only £1,000, because she had only given £2,000 herself.

So the Sultan sent just £1,000 in cash – but also secretly sent five ships full of food.

The English courts attempted to block the ships, but the food arrived in Drogheda harbour and was left there by Turkish sailors. It probably saved thousands of lives. (That £10,000 would be worth over a million now)

The movie is built around this charitable act from a Muslim country to a Christian one, separated by 4,000 miles.

The generosity of the Sultan was all the more impressive, as his own empire was experiencing enormous internal difficulties at the time.

There is also a love story in the film between Fatih, a Turkish sailor, and Mary, an Irish girl. played by Irish actress Saoirse Ronan. Irish actor Dave Bresnahan plays the role of Fr Frank, a Catholic priest.

Shot on location in Ireland and Turkey, ‘Famine’ is written and directed by Omer Sarikaya, together with Tipperary-born screenwriter Norina Mackey.

Sarikaya spent two years researching the story. He has said that most of the profits from the movie will be donated to UNICEF.

Speaking about his role, Bresnahan said: “Many people today, including Irish-Americans, are not fully aware of the devastating loss of life that took place because of the Famine in Ireland. I am deeply honoured to be a part of this film project that will bring the reality of the Famine to the screen so that modern generations will know what their ancestors had to endure.”

Filming for ‘Famine’ took place in Ireland, England, and in Turkey in the summer of 2015.

This unique episode of Irish history is mentioned by James Joyce.

In ‘Ulysses’ he writes: “Even the Grand Turk sent us his piastres. But the Sassenach tried to starve the nation at home while the land was full of crops that the British hyenas bought and sold in Rio de Janeiro.”

In 1995, a plaque was unveiled in Drogheda by Mayor Alderman Godfrey and the then Turkish Ambassador to the Republic of Ireland, Taner Baytok.

It reads: “The Great Irish Famine of 1847 – In remembrance and recognition of the generosity of the People of Turkey towards the People of Ireland.”

The story is also remembered in the insignia of Drogheda United Football Club – which depicts a Turkish star and crescent moon.