New Church of Ireland Primate pays tribute to the GAA 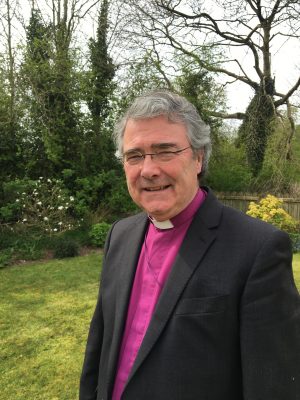 Taking up office on Tuesday as Archbishop of Armagh and Primate of All Ireland, Archbishop John McDowell paid tribute to the role the GAA plays in every corner of the island of Ireland.

In an article published on the Church of Ireland’s website, Archbishop McDowell said the organisation was “surely the most remarkable and influential cultural and sporting organisation in Ireland today”.

The Church of Ireland had intended holding its General Synod this year in Croke Park.

Dr McDowell said it would have been an appropriate setting given the current Decade of Centenaries and it would also have provided an opportunity to reflect on “the tragic loss of life which was occurring all over Ireland in 1920; to have listened and spoken about the acknowledgements needed and the lessons learned”.

Welcoming Archbishop McDowell on his first day in office, Archbishop Eamon Martin assured him of his prayers and support as he embarked on this new chapter in his ministry.

“Although we may be unable to meet in person at this time, we have already been in frequent contact online to discuss issues of common interest, especially the pastoral and social implications of the current Covid-19 crisis,” Archbishop Martin said in a statement.

Dr Martin recalled that he and Archbishop McDowell travelled in 2016 as part of a cross-community centenary pilgrimage with young people to the Somme and other significant First World War sites.

“That encounter was a moving experience for all involved and in this vein I was particularly interested in a key theme in his inaugural message today which highlighted the continuing challenge of securing lasting peace and reconciliation for the people on this island,” Archbishop Martin stated.

In his essay Archbishop McDowell said, “We are now most certainly a post-Christendom, if never quite a post-Christian, society. Perhaps it is for us, a church of a northern majority but insisting on and valuing the voices of southern brothers and sisters in all the councils of our Church, to work towards a coherent understanding and a living-out of reconciliation.”

Reconciliation, he said, is the great work (of heart, of brain, and of practicalities) which is crying out for our commitment as children of “the God of peace who brought again from the dead our Lord Jesus, that Great Shepherd of the sheep”.

“Those who are the agents of reconciliation will always have some kind of destructive energy to absorb; they will always have something to bear that is not, strictly speaking, their own. Without wishing to be too dramatic, the scars of suffering are the tokens of peacemaking, at the very least peacemakers risk bearing the emotional scars of being ridiculed,” he said.

The new Church of Ireland Primate of All Ireland added, “Sometimes the most challenging and important questions are the most simple. We all want peace, how do we obtain it?”

Writing about the distinctiveness of the Church of Ireland and its role in Ireland today, Dr McDowell said, “As a Church we have the potential to model (and in some instances to create) a witness of deep-seated unity that transcends political, social and generational categories.”

He also noted that, “There’s a fair bit of truth in the observation that, in Ireland, we listen to others (especially to those with whom we differ) in order to gather ammunition for criticism. We do not listen to hear.”

“To be both the Church of Christ and the Church of Ireland, we need to respect all its people and to sideline none. In such inclusion, we may become more truly ourselves by being an all-island church which incorporates the characteristics of all its regions proudly, rather than being seen as primarily a ‘Northern’ or a ‘Southern’ church.”

Archbishop McDowell observed, “How blessed we would be if we as a Church, amid such unprecedented times of flux, can show ourselves worthy of our calling as peacemakers and reconcilers – even if it is costly.”

Had the plans for the Church of Ireland’s General Synod gone ahead, it would have provided the Church with the opportunity to consider the final pieces of legislation in relation to the amalgamation of the Dioceses of Limerick and Killaloe and Tuam, Killala and Achonry.