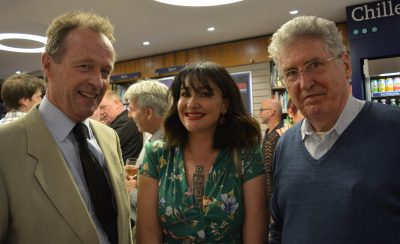 The author of a new book on two Irish missionaries who worked to foster dialogue and promote peace between Muslims and Christians in the Philippines has described the two priests as “very brave men”.

Speaking at the launch of Murder in the Missions at Dubray Bookshop in Dublin’s Grafton Street on Thursday evening, Jean Harrington said that the book was about “relationships”.

Recreated from interviews, diaries, letters and testimony, Murder in the Missions tells the story of Columban missionaries Frs Des Hartford and Rufus Halley, who left Ireland in the 1960s to work in the Philippines, which at the time was wracked by conflict.

For many years the priests lived peacefully as Christians in a Muslim-dominated region of the island of Mindanao. Their mission was not to convert but to serve the local people.

However, despite their commitment to peace and non-violence, both priests were targeted by Muslim insurgents.

Fr Hartford was kidnapped in 1997 by the Moro National Liberation Front and used as a bargaining tool in their negotiations with the Philippine government. Fr Halley was murdered by Islamic extremists in 2001.

Jean Harrington explained that she first thought about a book in 2001 after she read a newspaper article on the killing of Fr Halley.

“That article referenced Des [Hartford] who had been kidnapped in the region. I was intrigued – it was so far away from the religion I heard about in school. My idea of people working in the missions was not what these people were doing; I was fascinated by that.”

In his address to launch the book, RTÉ’s Religious and Social Affairs Correspondent, Joe Little, told the assembled Columbans and relatives of Fr Halley and Fr Hartford that Jean Harrington’s use of contemporaneous letters and interviews allowed the book’s subjects to speak self-critically in a refreshing way.

“Throughout the pages of this fine publication, the late Columban missionary Fr Des Hartford from County Dublin and Fr Rufus Halley, a native of Waterford, are often the first to question their worthiness to be tasked by God and their religious superiors with discharging sometimes bone-crushing responsibilities. 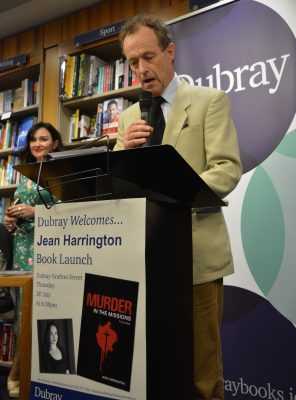 “Their shared mission was to make peace between Muslims and Christians in the Muslim homeland of Mindanao in the southern Philippines, an archipelago of some seven thousand islands with, as the author recalls, a Christian majority which currently stands at 92 per cent of the population.”

Joe Little told the gathering that we learn from this book how by 1965 the Catholic bishops of the world had voted at the Second Vatican Council to relax the traditional Catholic dogma which insisted that spiritual salvation could only be found in the Church.

It was this very teaching which had provided a theological rationalisation for the kind of violence the Spaniards had visited on Filipino Muslims.

In 1970, in what at the time was a very rare foreign trip by a pope, Pope Paul VI visited the Philippines, and in 1975 a Filipino bishop “Benny” Tudtud, who was studying in Rome, secured the agreement of the Pope to establish a special unit of the Church called a prelature that would be dedicated to the dialogue between the Christians and Muslims of Mindanao.

Jean Harrington writes that “Tudtud knew that dialogue was a real challenge for the [Catholic] people he was assigned to serve [in Mindanao], especially since most of the prejudices in the region stemmed from the pain of prolonged violent encounters between them.”

Joe Little explained that the Missionary Society of St Columban was enthusiastic about the project. “Its leadership had accumulated a deep knowledge of the Philippines having worked there since 1929, helping to rebuild some of the hundreds of parishes that had been abandoned and in some cases left vacant since the Spanish ceded the Philippines to the USA in 1898.”

The RTÉ religious affairs correspondent highlighted the descriptions in the book of anti-Christian pogroms in Mindanao, which were witnessed as far back as 1973 by the Irish Columban Fr Peter O’Neill. One of a small group of foreigners to directly experience the horror, O’Neill sent refugees to his confrere Fr Des Hartford, who was leading a parish at a safe distance from the bloodshed.

“Hartford’s revulsion at what was happening persuaded him that he would not work in the Muslim–Christian dialogue established by Pope Paul chiefly around the town of Marawi.”

However, during a lengthy silent retreat at the Jesuit Retreat House in Manresa in Dublin, he experienced a profound change of heart. He asked to be assigned to the “radical” project for dialogue.

There Hartford became close to Aleem Elias Macarandas, who represented the ulama from Marawi, and the nearby towns of Iligan and Culacao. (Ulama are Islamic scholars who are recognised as having specialist knowledge of Islamic sacred law and theology.) 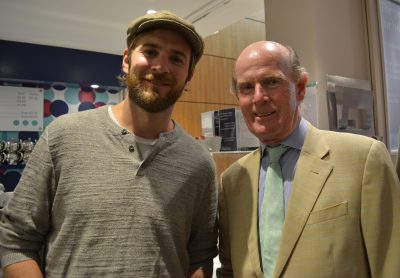 Macarandas and many other fellow Muslims were impressed by the Dubliner’s decision to speak the local language, Maranao, rather than English, Tagalog (the basis for the standard national language), or Visayan, which is spoken by most Christians in Mindanao.

In August 1993, following a particularly violent period, the ulama and Fr Hartford established the Ranau Muslim Christian Movement for Dialogue and Peace so that they could respond coherently to further outbreaks of violence, many of which involved disputes between Muslim families with ready access to arms.

“During his ordeal, Hartford was well served by his breviary and bible, a notebook and pen and a short-wave radio. His readings of scripture were laced with an urgency to find a passage that might presage his liberation. For example, on the eve of his release, he was cheered to open his bible on the page where the story of the resurrection of Lazarus was recounted.”

The tragic denouement of the book, Joe Little explained, was the murder of Fr Rufus Halley.

“A year almost to the day after Fr Hartford’s release, the red-haired Columban from a wealthy background in Waterford had resolved a murderous feud between two Muslim families, one of which had a connection with the school which he managed. Writing to a close confidant, the Filipino Sr Celia, he described it as the highlight of his work on the dialogue project over the previous eighteen years.

“The experience seems to have led to a certain amount of euphoria in the missionary who seemed determined to disregard warnings from many close to him that he was in danger of being kidnapped or even murdered.

“The charismatic priest told Fr Hartford over a meal in Carlow in 2001 that he believed people were basically good and that he was confident that no harm would come to him.” 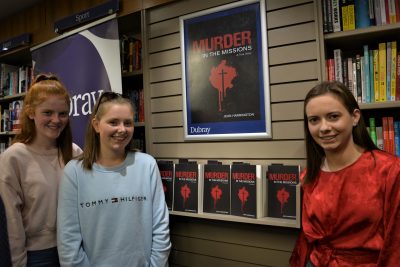 Following the murder of 57-year-old Fr Halley, the church where he regularly celebrated Mass in Malabang was thronged with Christians and a surprising number of Muslims for his funeral Mass.

One mourner spoke about him thus: “We have lost a man of peace, a man of love, a man of understanding, but his vision will continue and his legacy will never die. Popong [his Maranao nickname] has become one of us. As a foreigner he even spoke Maranao more fluently than other Maranaos. Popong shared our problems as a member of the community.”

In his address, Joe Little said Jean Harrington “reminds us that nobody has been found guilty of Fr Rufus Halley’s death. One suspect, Abdulsamad Ibrahim’s case went to trial in 2003, but he was acquitted.”

In her conclusion, she writes: “The island of Mindanao continues to be a place where violent deaths frequently occur. Since Rufus Halley was killed, there have been many terrorist attacks and kidnappings targeting not just foreign missionaries but also tourists. In 2017, the ‘Battle of Marawi’ took place, when armed militants took hold of the city and got into combat with the army. Filipino priest Fr Teresito Suganob was captured during this event, along with fifteen of his parishioners, and kept hostage for almost four months. This prolonged ‘battle’ cost over 800 lives.”

… [A]longside the atrocities, however, the dialogue of life and faith is alive and continues in the region. The labours of Des and Rufus for Muslim–Christian dialogue have borne fruit.”