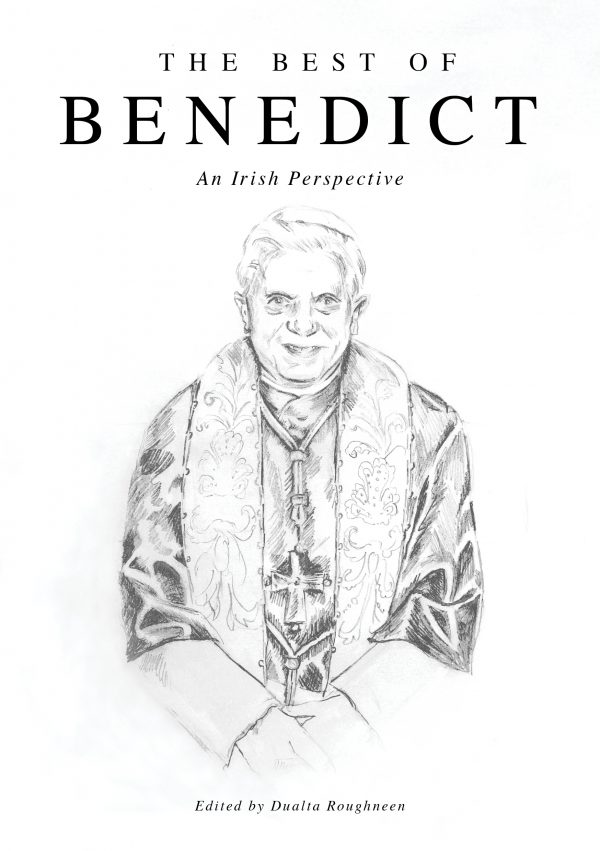 A new Irish book of essays about Pope Benedict XVI has been published.

The volume, titled The Best Of Benedict: An Irish Perspective, is edited by Dualta Roughneen and has a foreword by Bishop Phonsie Cullinan, as well as contributions from bishops, priests such as Fr Vincent Twomey and commentators like John Waters.

The editor initially became interested in Pope Benedict when he started reading his writings on social justice.

“It was at a time when he was bringing out one of his encyclicals, Caritas in Veritate,” Mr Roughneen told Catholicireland.net.

He was involved with overseas development and was struck by Pope Benedict’s encyclical and its references to what he called “international development and the Catholic approach to charity and justice”.

He added: “It wouldn’t be an approach I see very much in the work I do, and I felt what he was saying was very prescient. Then that just started me looking more at what he had written in books and papers in the years before, and as prefect for the Congregation for the Doctrine of the Faith, as a theologian as well, and the writings that were related to politics and international affairs. The way he wrote and thought about things was very fascinating.”

He went on reading the writings of Pope Benedict as priest, bishop, cardinal, pope and theologian.
“The more I read, the more interested I was,” he said. He felt that after Pope Benedict had retired, the reaction in Ireland to his pontificate showed that he was not appreciated, especially in the media.

“I felt it wasn’t a true representation of who he was and what he did. I started getting other peoples’ views and opinions and then gradually formed the idea of putting together a collection,” he said.

It took two years to pull it all together. The resulting volume of essays takes the reader through the life and thoughts of Pope Benedict XVI, the 265th pontiff. Bishop Donal McKeown recounts his memories of attending Pope Benedict’s World Youth Days, and John Waters analyses the determined stance the pope emeritus has taken in defending truth.

Fr Vincent Twomey, who studied under Pope Benedict and wrote his own book on the pontiff, examines Cardinal Ratzinger’s ground-breaking thoughts on artificial reproduction, while Mark Dooley writes on the connection between beauty and the sacred. Cathy Sinnott (disability rights activist and former MEP) looks at the traditional Tridentine Mass and the work that Pope Benedict did on that.

There are more than 20 essays from religious and lay contributors culminating in what the editor calls a “taster and introduction” to the writings of Joseph Ratzinger that have spanned seven decades and over 100 books. The book aims to introduce the reader to the theology, philosophy and personality of the understated pope.

It is published by One by One Press, an imprint of the Alive newspaper. The editor’s previous books include Humanitarian Subsidiarity and a book on North Korea, among others.

The Best Of Benedict is initially available at the Knock Shrine bookshop, but will soon be available elsewhere.