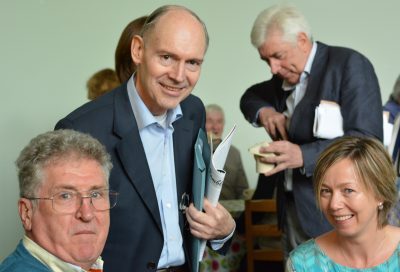 A new book by acclaimed Irish theologian Fr Dermot Lane exploring the wisdom of Pope Francis’ encyclical Laudato Si is published today Thursday 21st May in Ireland and the UK.

‘Theology and Ecology in Dialogue: The Wisdom of Laudato Si’ seeks to build bridges between theology and ecology according to a spokesperson for Messenger Publications.

It is published as the Church marks the fifth anniversary of the Pontiff’s ground-breaking encyclical.

When it was published on 24 May 2015, Laudato Si’: On Care for our Common Home was described as a ‘game-changer’, a ‘wake-up call’ and a ‘prophetic challenge for the 21st century’.

According to Pope Francis’ biographer, Austin Ivereigh, many international figures associated with the climate debate, such as Al Gore, Lord Nicholas Stern and Jeffery Sachs, spoke of the influence of Laudato Si’ on COP21, the UN conference on climate held in Paris in December 2015.

In his new book Fr Lane, the retired President of the Mater Dei Institute of Education, Dublin City University, and recently retired pastor of Balally Parish in Dublin, argues that theology must renew and reimagine itself.

He believes it must engage with the debate on climate change in the public forum with a view to initiating new, transformative practices in society, in politics, and in religions.

He is convinced that underlying all other issues, climate change is the major challenge facing humanity today.

Speaking to CatholicIreland.net, Fr Lane commented, “Up to now climate change was left to scientists, politicians, and activists. It is now time for religion to enter the debate.”

‘Theology and Ecology in Dialogue’ outlines a new theology of the natural world and its relationship to the Eucharist and it discusses the relationship that exists between faith and ecology, creation and cosmology.

According to the publishers, the book will be of interest to activists, policymakers, educators, priests, and theologians. 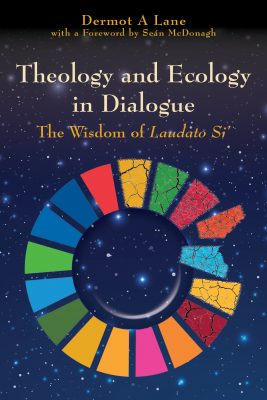 Columban missionary and eco theologian, Fr Sean McDonagh has written the Foreword to ‘Theology and Ecology in Dialogue: The Wisdom of Laudato Si’.

Fr Dermot Lane taught theology for over 45 years in various institutions in Ireland and in the US. His many publications include ‘The Experience of God: An Invitation to do Theology’.

He was a contributor to the book ‘Laudato Si’: An Irish Response’ and attended the Vatican conference to mark the third anniversary of Pope Francis’ environmental encyclical.

He told CatholicIreland.net after that conference that scientists’ message was that “globally we are losing the struggle against climate change. We are not meeting the targets of the 2015 Paris Agreement.”