Northern Ireland-born actor Liam Neeson has called for more schools in Northern Ireland to become integrated.
In a video released by the Integrated Education Fund (IEF), the actor asks why children are not taught together. 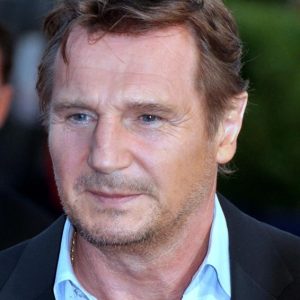 Currently the majority of children in Northern Ireland – 93 per cent – are educated at schools mainly attended by either Protestant or Catholic pupils. Many schools do, though, have pupils from diverse religious and cultural backgrounds. Currently about 22,000 pupils, or 7 per cent of the school population, are taught in integrated schools.

In the video message, Neeson asks: “As Northern Ireland moves forward from division, who do we look to for a future we can share? Our children – so why do we continue to educate them apart? Different religions, different backgrounds, different schools. There is another way. Protestants and Catholics, other beliefs and none, learning and working together every day. Most people agree that educating children together is a better way forward for our society – it’s time to turn our aspiration into reality.”

Nesson, who hails from Ballymena in County Antrim, was brought up a Catholic. He plays a Jesuit priest in his latest film, Martin Scorsese’s historical drama, ‘Silence’, and calls on parents to “transform” their child’s school into an integrated one.

Any new integrated school must aim to attract 30 per cent of its pupils from the minority community in the area. The first, Lagan College in Belfast, opened in 1981, but the growth of the sector has stalled in recent years.

Instead, many controlled or Catholic-maintained schools participate in ‘shared education’ programmes. As part of these programmes, pupils in separate schools can engage in joint classes or projects. In these, teachers and school governors from different schools can work together to share best practice techniques.

At the centre of the campaign is a website — www.integratemyschool.com — where parents of children at primary and post-primary schools in the North can register their interest in transforming their school into an integrated one.

There are also plans for a number of shared campuses like the one at Lisanelly in Omagh, Co. Tyrone, where a number of separate schools share one site. Schools can change to become formally integrated as part of a process that includes a ballot of parents to find out if a majority favours integration.