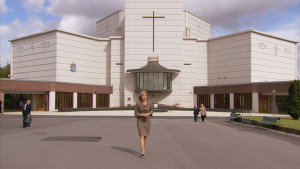 Nationwide Special on the National Shrine in Knock – Monday 22 June, 7pm, RTÉ One

Millions of visitors have made their way to this historic site since 1879 when a number of people witnessed a unique apparition there.

Nationwide presenter Anne Cassin joins Armagh diocesan pilgrims as they journey through Knock with the Primate of All Ireland, Archbishop Eamon Martin, following in the footsteps of fifteen witnesses who saw the apparition 136 years ago.

Well over a century on from the events of 1879, Knock continues to attract over a million and a half people every year.

To accommodate those numbers in a more comfortable and welcoming environment, the Shrine is undergoing a multi-million euro facelift.

Phase one of this facelift is focused on the Basilica where thousands of people come every Sunday.

Reporter Mary Fanning goes to see how this modernisation project is working.

The Shrine at Knock is a major visitor attraction for pilgrims not just from across Ireland but also from across the water and from Europe. 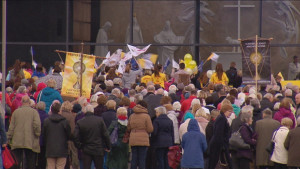 Later this season, Knock will host the first ever pilgrimage directly from New York, led by Cardinal Timothy Dolan.

Reporter Mary Fanning finds out more about the international airport and other facilities associated with the Shrine.

The Nationwide Knock Shrine special can be seen on Monday 22 June at 7pm on RTÉ One.

The programme will also be available after broadcast on the RTÉ Player and RTÉ Player International.