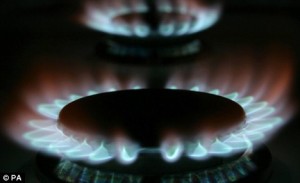 A vital service providing pre-paid energy for the lowest income people in Ireland is being hit with a surcharge just weeks after the electricity (PSO) levy rose by 50% to €73.06 per year.

The Society of St Vincent de Paul (SVP) has called on retailers to stop adding surcharges to top-ups for electricity and gas pay-as-you-go or ‘pre-payment’ cards or payments.

“A fixed surcharge is adding further pressure on many people who are making the effort to budget properly and avoid falling into arrears with their energy bills,” a spokesperson for the charity said.

“Once again people struggling on lower incomes are expected to pay more for essential goods and services; in this case energy.”

When people get into difficulty in paying every day bills such as gas and electricity they can opt for pay-as-you-go or ‘pre-payment’ meters.

This is a vital service and network companies of the ESB and Bord Gais have to date supplied over 150,000 people with these meters.

However, a survey of shops in one Dublin area by the Money Advice and Budgeting Service (MABS) found that the majority of the shops are adding surcharges to the service.

Surcharges to top-ups cost between 20c and 50c so if someone is topping up by €5 this is a huge imposition.

The SVP believes that the practice also happens in other parts of the country.

“We have consistently said that pay-as-you-go or ‘pre-payment’ customers should not be disadvantaged by using these meters – a view that energy providers agree with,” the SVP said.

Retailers said that they are losing money on the top-up transactions.

SVP stated, “Retailers willingly entered into an agreement to provide this service. And with 150,000 people topping up regularly the opportunity for additional purchases in their shops is considerable.”

SVP has seen the amount it pays to help struggling families with energy costs increase steadily over the last number of years.

It has also had to pay for re-connection for many customers in arrears. In 2012 alone SVP provided €11.1million in helping people meet their energy costs.