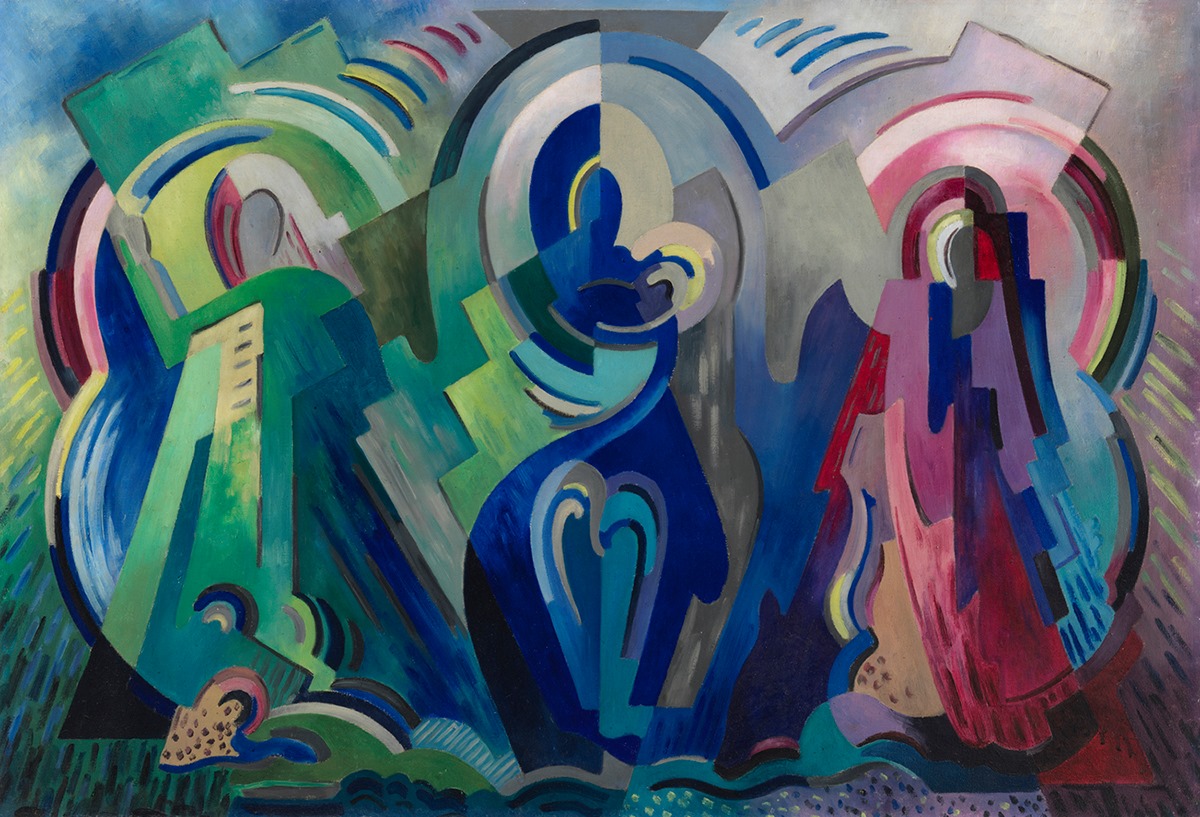 The Virgin of Éire by Mainie Jellett

Nativity scenes including Rembrandt’s Rest on the Flight into Egypt, Harry Clarke’s Winged Angels and another painting of Clarke’s thought to have inspired the movie Frozen are featured in the Twelve Artworks of Christmas from the National Gallery of Ireland.

The gallery stated that the sharing of 12 seasonal artworks was “a National Gallery of Ireland advent calendar of sorts.” Each day a painting was chosen from the national collection and highlighted on social media such as Facebook. On day one they chose a watercolour of London shrouded in fog by American artist James Abbot McNeil Whistler.

The second day featured Winged Angels in Profile, made by Harry Clarke in 1924 for St Mary’s Church on Dublin’s Haddington Road.

“They were part of a series of canvases by the artist which were discovered rolled up behind the church’s organ in 1968, and subsequently acquired by us,” stated the National Gallery.

Among the other artworks was a very Irish madonna and child by Irish artist Mainie Jellett, because Mary and Jesus are flanked by St Patrick and St Brigid. This colourful modern painting, titled The Virgin of Éire, includes Cubist influences.

Mainie Jellett (1897–1944) began her training in Dublin under William Orpen. When she moved to Paris in 1920 with Evie Hone, she studied under both André Lhote and Albert Gleizes, an established Cubist artist. These French painters’ non-representational, highly geometrical paintings were a strong influence on both Jellett and Hone.

Another of the chosen paintings is more traditional; the Rembrandt van Rijn’s (1606–1669) Landscape with the Rest on the Flight into Egypt, 1647, is described by the gallery as a “stunning painting from our collection” and “one of just nine painted landscapes by Rembrandt, and the only nocturnal one.” 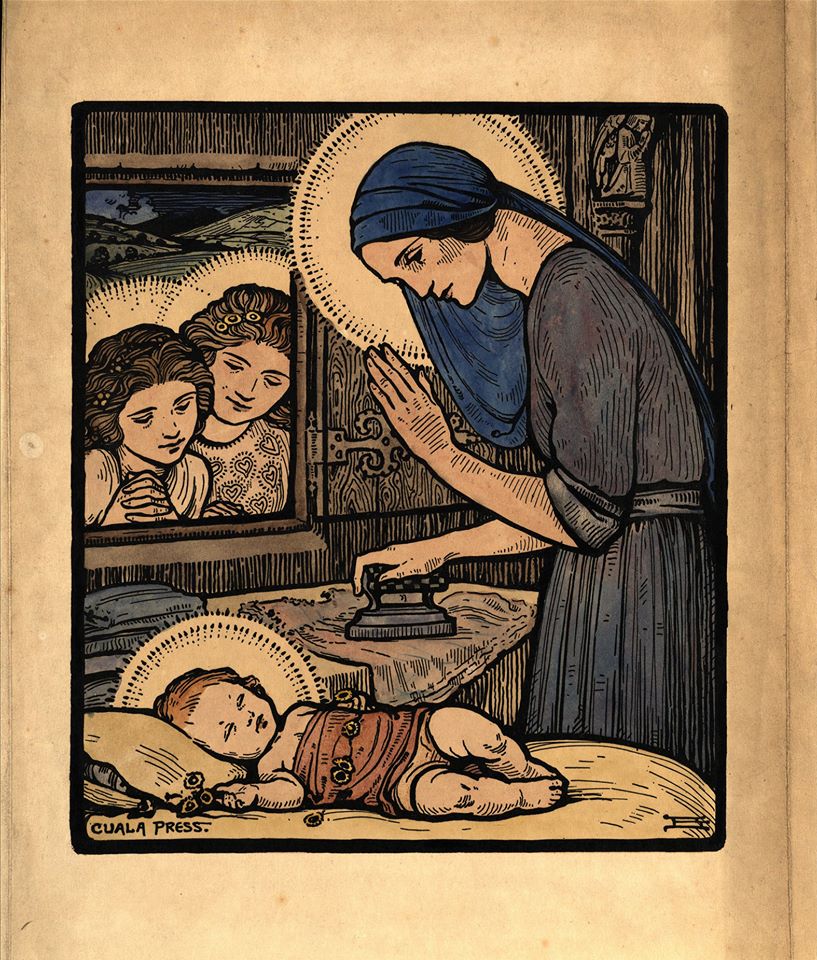 The Child Jesus and Virgin Mary by the Cuala Press

A unique take on the nativity scene on day five was The Child Jesus and Virgin Mary. This print depicts Our Lady doing the ironing next to the baby Jesus. This is an early hand-coloured print by the Cuala Press.

The Cuala Press, initially operating as the Dun Emer Press, was run by Elizabeth Yeats from 1902 until her death in 1940. The press grew out of Dun Emer Industries, which was founded by Elizabeth and Lily Yeats and Evelyn Gleeson in Dundrum in 1902 with the aim of employing Irish women in the making of beautiful things and contributing to the training and education of working class girls.

“We don’t know for certain who the artist is, but we love this work, which we acquired a few years ago,” stated the Gallery.

The gallery reopens on 27 December with lots of tours, talks and exhibitions going on.