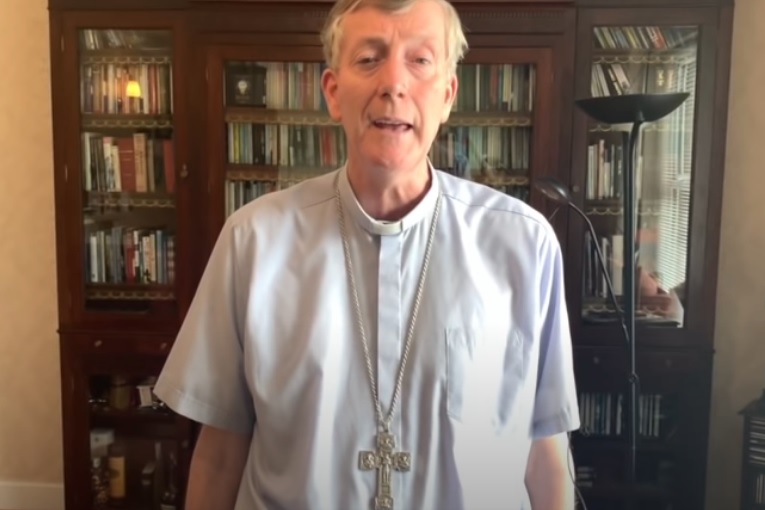 Bishop Denis Nulty has led the singing with his debut solo performance of an uplifting hymn in a virtual choir helped by renowned musician Fr Liam Lawton.

The recording of A Hymn of Hope – The Clouds Veil by the combined choirs of the diocese went live online on Sunday (12 July 2020).

“What a joy to offer our ‘Hymn of Hope’ in these pandemic days,” stated Bishop Nulty as he thanked all involved.

Bishop Nulty asked Liam Lawton to co-ordinate a virtual performance because choirs were not able to come together to sing due to COVID-19 restrictions.

“It was also to give hope to people and to tell them to keep singing, and that they do make a difference,” Liam Lawton told catholicireland.net. “I was very conscious that a lot of people have been isolated and this gave them the chance to sing with their group again, even to sing. I think singing in itself is very healing.”

He was delighted with what he called “an overwhelming result” with hundreds of recordings and videos submitted. Individuals, choirs from the parishes in the Diocese of Kildare and Leighlin and even a group of enclosed Poor Clare Sisters in Carlow gave their musical contribution.

Then a team spent many hours listening to and putting all these together. Solo verses, led by Bishop Nulty, were chosen and voices were put together making the best use of technology to produce what Liam Lawton said was a “beautiful sound”.

He wants the song to give people hope during these difficult times of pandemic. This is something he became aware of himself when he performed in a virtual concert during the height of the lockdown in Ireland. He was singing in an empty church and began to wonder if anyone was listening. Then he was given a list of the 31 countries that had thousands of listeners tuned in. He also got letters afterwards from people saying they were feeling isolated, and that concert meant a lot to them.

“In some way we were reaching out to them. The message we were sending out to them was ‘you are not alone’,” he told Catholicireland.net.

In relation to the latest diocesan virtual event he said this has similar motivation and explained: “A message we wanted to put across was that ‘God is at our side’. As Christians we believe that.” 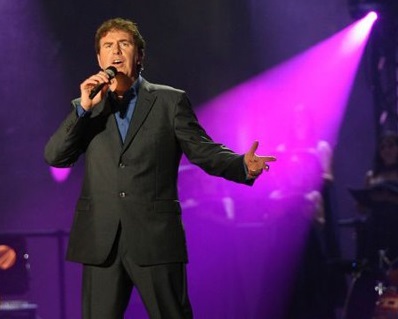 Liam Lawton who would normally be playing in concerts around the world has found himself at home in Ireland during the pandemic. When he spoke to catholicireland.net he should have been in America and an event in Switzerland had also been postponed.

He has been down to the Carlow soup kitchen which had to stop providing meals to those in need and he helped with giving people bags of food instead.

Liam Lawton has also been composing music during the pandemic and one piece was inspired by a young woman who told him that her family was not allowed to visit her ill father who died in hospital. She sat in her car in the hospital car park for three hours one day looking up at the window of his room knowing he was inside.

Liam Lawton recorded a new song called You Are Not Alone with a video and people really appreciated seeing it on the internet.

“It (lockdown and the pandemic) caused me to do things like that. The frontline people, and rightly so, got recognised, but I think of the people on their own in nursing homes, and my own mother was in a nursing home and I could not get to see her, and that was difficult. It is also hard for people who are in hospital too,” he said.

He is unable to make plans for concerts or even choirs in the diocese because of the restrictive rules which limit numbers in churches, and necessitate a huge voluntary effort to frequently sanitize the surfaces and seats.

In the meantime the virtual diocesan choir singing A Hymn of Hope – The Clouds Veil can be viewed online. It was composed by Liam Lawton and is the title song of one of his many albums which sell all over the world. It is particularly popular at weddings with its lyrics that also seem apt during pandemic times and state: “Even when the rain hides the stars, Even though the mist swirls the hills, Even when the dark clouds veil the sky, You are by my side.”

With the support of his bishops, past and present, Liam Lawton has been involved in composing and performing for many years, and is well known for his sacred and liturgical music. He has released more than a dozen albums and has been awarded Platinum Status for his recordings on the EMI label.