‘Music Ministry Together’ to explore role of music in liturgy

"We are going to have less and less priests in Ireland over the coming years and we will be forced to think outside mass for liturgy. We therefore need to get young people more involved in the church outside of the formal structure of the mass and one of the ways to do this is through music," says international sacred music composer. 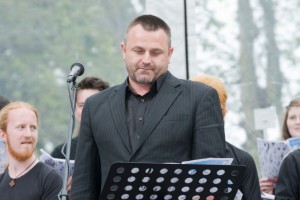 A unique liturgical music workshop which will also focus on the future of the Catholic Church in Ireland is taking place in County Tipperary next month. Music Ministry Together (MMT)  is a new five-day summer school held at Cistercian College Roscrea, for youth and adult leaders who have a passion for liturgical music and the desire to serve as ministers in their parishes, schools and communities.

Music Ministry Together is led by internationally known composer, teacher, and liturgical musician Ian Callanan and a dynamic team of adult directors and tutors (all volunteers). The program seeks to fulfil its mission of engaging and empowering young music ministers with a particular emphasis on contemporary church music and liturgy. It is an experiential course, where the participants not only learn new music but are also introduced to various styles of Liturgy, the Eucharist, Sacraments and Catechesis.

Director Ian Callanan told CatholicIreland that the idea came to him in two ways firstly  ”when we are looking at leadership in church choirs throughout the country we hear back from young people how they might view their role as a choir leader but they never define it as a ministry. They don’t marry the music with the liturgy the same way for example that a Eucharistic minister might”.  He added that he also got the idea from ”a colleague in the US where such workshops have been very popular.”

Mr Callanan who works as a full-time music composer and liturgist thinks that the holding of such workshops comes at an exciting time for lay people in the future of the Catholic Church in Ireland.

“We are going to have less and less priests in Ireland over the coming years and we will be forced to think outside mass for liturgy. For example the liturgy of the word (service without a priest) is going to become more and more popular as the number of priests declines in parishes. We therefore need to get young people more involved in the church outside of the formal structure of the mass and one of the ways to do this is through music. What the workshop will try to do is marry music and a passage from scripture. It will try and see the liturgy within a piece of music. It will examine what the composer was trying to do in relation to the liturgy”. 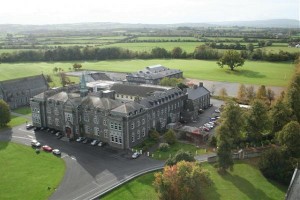 The workshop runs from August 4th to 9th and will feature a number of highly qualified staff who have all been Garda vetted. Among those is famous singing priest Fr Liam Lawton who will visit the workshop on Thursday August 6th. Also the Abbot of Cistercian Fr Richard Purcell OCSO  and Spiritan Fr Brendan Foley CCSP will be involved as well as Donal Noonan the founder of a homeless choir in the US a move which inspired the RTE programme of the same name in Dublin last year.

As well as music and liturgy the workshop will contain Taize prayer, service of reconciliation and a service of light.  The workshop is geared at people aged 15 and upwards with about 60 people expected to be  taking part on the day. More information can be had by viewing the workshops website www.youthministry.ie while bookings can be made by contacting by emailing [email protected] or contacting Ian Callanan at (086)2490779.