Home > News > MSCs to attend beatification of man they baptised

MSCs to attend beatification of man they baptised 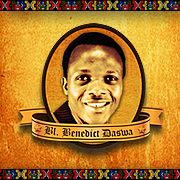 Seven Missionaries of the Sacred Heart (MSC) are traveling from Ireland to attend the beatification of Benedict Daswa on Sunday (13 September 2015) in Limpopo Province, South Africa.

Benedict Daswa was baptised by Fr Gus O’Brien (MSC), who is originally from Galway, while Fr John Finn (MSC) from Clare presided at his burial.

The MSC ran the parish which the young South African attended for most of his life, even standing in to lead Sunday service in the absence of a priest, catechist or Sister.

“He was a very devout Catholic, very much so. Even the day he was killed he was giving someone a lift home. They could not manage themselves and he helped,” explained Fr Alan Neville MSC.

“It (his beatification) is about the witness of the Christian life standing up for the real gospel values.” 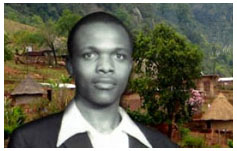 Benedict Daswa was murdered on 2 February 1990 because he refused to accept witchcraft.

He had been giving a lift to someone with a heavy load and on his return journey he was confronted by a group of men who had blocked the road and began stoning him.

He escaped to a nearby house but when the gang threatened to burn the house down he gave himself up and was killed by them.

He had said that as a Catholic he could not accept the power of witchcraft nor the attacks of witch-hunt, and for this reason the Church has recognised him as a Blessed Martyr.

When it was announced that Tshimangadzo Benedict Daswa, to use his full name, was to be beatified, the local bishop VH Phalana of Matlosane (Klerksdorp) commented, “I am so excited with the news that our own kind, our own flesh and blood, our own countryman is to be beatified.”

He said that to be declared “blessed” or to be beatified, one miracle should be proven, but in Benedict Daswa’s case he was a Martyr of Faith and so no miracle is required. 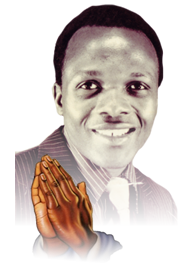 “He believed that some popular beliefs of his own people in witchcraft were against the faith and he opposed them. He opposed witch-hunting which led to the persecution and even death of many innocent people,” stated the Bishop.

“Let us try as believers to make the story of Tshimangadzo Benedict Daswa known to all people. Let us encourage public veneration of this special man: a father, a husband, a catechist, a school principal and a convinced Catholic,” stated the bishop.

Benedict Daswa is the first martyr and saint-to-be of Southern Africa.

Several cardinals from Rome are attending his beatification as well as the local parish and diocesan faithful, South African clergy and bishops, members of the MSC and other missionaries from near and far.

“It is an acknowledgement that there are many other saints in our church and community cemeteries who are still to be recognised by the whole church. This is just a beginning.”

He prayed for the people of Tzaneen diocese stating that it is a fertile ground for true inculturation because the values that the people keep are the “seed-beds” of the Gospel.

A special website has been set up to celebrate the life of Benedict Daswa and with the details of the beatification. See: http://www.daswabeatification.org.za/