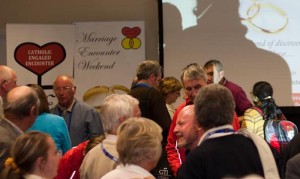 A movement which supports and promotes Catholic marriage says it feels “absolutely reaffirmed” by the recent synod on the family.

The final document released on 18 October 2014 emphasises the importance of “accompanying couples” especially during the early years of marriage.

“The initial years of marriage are a vital and sensitive period during which couples become more aware of the challenges and meaning of married life. Consequently, pastoral accompaniment needs to go beyond the actual celebration of the Sacrament,” it says.

“In this regard, experienced couples are of great importance in any pastoral activity.”

Pam and John Towers from Marriage Encounter told CatholicIreland.net they were delighted by the strong focus on marriage and the family, which was “hugely welcome”.

The Relatio Synodi para 40 says the “importance of a family spirituality and prayer needs emphasis so couples might be encouraged to meet regularly to promote growth in their spiritual life and solidarity in the concrete demands of life.”

This is the practice of couples involved in Marriage Encounter.

“In Marriage Encounter we try to accompany couples,” said John Towers, explaining that couples were invited firstly to a weekend, and then to come back for a series of evening meetings based around dialogue on issues related to intimacy and communication.

These ‘cell groups’ meet on average once a month and normally a priest is present.

“We decide on a topic beforehand and one couple presents a talk based around their own experiences, for example, they might take ‘listening’ as a topic, and talk about how they have or haven’t listened,” said Pam.

Groups of this kind are present in Dublin, Belfast, Derry, Cork and Kerry. 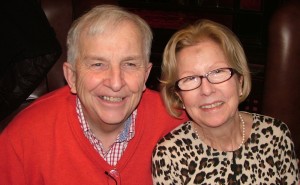 The synod on the family has been an impetus for Marriage Encounter to invite more couples to their weekends.

“When we made the weekend it made such a huge difference to us,” said John. “We would love so many people to enjoy what we have.”

In a society where often both husband and wife are working, it is hard to get couples to take a weekend out for an Encounter weekend.

“They just want to take the kids and chill out,” says John. And yet the reaction at the end of Encounter weekends is so often “Why didn’t we do this years ago?”

“The weekend has the capacity to take people wherever they are and bring them to a higher level of intimacy and communication,” says John. Pam adds “Even if they just go on a weekend, it will enrich whatever they have.”

Communication in a marriage is key. “Often they don’t communicate because they are tied up with their jobs or children. But being in a group gives them the incentive to keep working on that aspect of their relationship,” says Pam.

Many couples come on an Encounter weekend feeling stressed and even wondering if they are going to stay together.

“When they hear other couples talk they realise they are ordinary couples, like everyone else,” says John. It is a huge relief.

“That sense of anxiety ‘What is happening to us?’ can be felt even by couples who are married forty years,” he says. The mutual sharing helps everyone. “We feed off each other’s experiences,” says John.

Marriage Encounter will be holding its next Encounter weekend from the 14-16 Nov 2014 in the Lake Hotel Killarney. For further information see: www.marriageencounter.ie.