As the UK formally quit the European Union on Friday night at 11pm GMT, the Primate of England and Wales 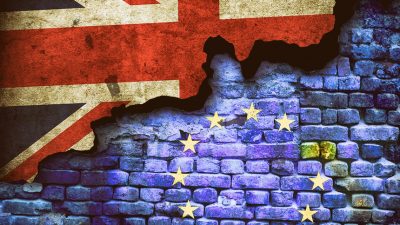 appealed to his fellow citizens to move beyond the divisions that have been evident in many levels of British society.

In the three and a half years since the Brexit referendum in June 2016, when the UK voted by a narrow 52-48% margin to leave the European Union, many have said there has been an increase there in expressions of xenophobia and racism. With the exception of the Irish, all EU citizens have to register with the UK authorities in order to be allowed remain in the country.

In this atmosphere, Cardinal Vincent Nichols, the Archbishop of Westminster, said:  “It is important for everyone to renew a commitment to each other through everyday acts of kindness, being good neighbours, welcoming the stranger and caring for the most vulnerable in our society.

“In these ways we contribute to the common good at every level of society, from national politics to individual generosity, particularly for those in greatest hardship and uncertainty.”

“As Catholics, with all people of good will, we commit ourselves to playing our role in this endeavour.”

Separately, the English and Welsh bishops have also called on the faithful to pray for all those affected by the corona virus infection that broke out in Wuhan, China last month. At present, 110 people, mainly British, but including some Irish citizens are being held for 14 days in quarantine at Arrow Park Hospital in Merseyside since they arrived in Europe from China on Friday.

Bishop Declan Lang of Clifton is the English and Welsh hierarchy’s lead bishop on international affairs. In a statement issued ahead of this weekend, he said: “Please remember in your prayers and at Mass this weekend the people of China, especially the citizens of Wuhan who are living in fear because of the spread of the coronavirus.

“Medical facilities are being stretched to the limit, and there is talk of a shortage of food. Images of empty streets which are normally crowded indicate the seriousness of the situation and the panic felt by all.”