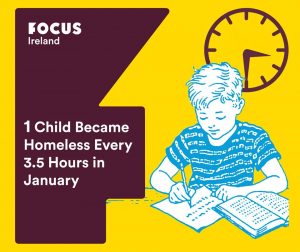 St Vincent de Paul, Focus Ireland, Peter McVerry Trust, Barnardos, and several other charities have criticised the Government for the rise in homelessness during January. The new figures show that the number of homeless increased by 6% in one month alone from 8,587 in December 2017 to 9,104 in January 2018.

Barnardos highlighted that figures from the Department of the Environment show that 3,267 children are homeless. The charity called on the Government to take action as no child should be in emergency accommodation, and no childhood should be lost to the insecurity and anxiety of homelessness.

“These children are living in emergency accommodation without the space they need to live, play and grow. No child should worry about whether they will wake up in the same bed tomorrow as they did today,” said Fergus Finlay, CEO, Barnardos. “We have launched our new LOST CHILDHOOD campaign because enough is enough. We as a society have a responsibility to ensure every child can reach their potential, and we are failing these 3,267 children by not meeting that responsibility. It is time we prioritise children and childhood.”

Focus Ireland stated that one child became homeless every three and a half hours in January. The charity added that the government is “dramatically failing” to ease the crisis and homes not hubs and other emergency accommodation are required.

St Vincent de Paul stated that the homeless figures are “shocking and unacceptable”. The charity called on the Government to provide greater protection to keep people in their homes and to prioritise the building of social and affordable housing.

“The figures should act as a rallying call for urgent action and for the State to declare a housing emergency,” said the Society.
Calling on the Government to address the issues of land hoarding and vacant properties Jennifer Thompson, SVP Social Policy Development Officer added: “It is also essential to stem the flow of those becoming homeless and enhance the protection for tenants to prevent the shocking figure announced today from growing even more. SVP members are increasing seeing a huge number of families receiving notices to quit and stressed by the fear of homelessness.” 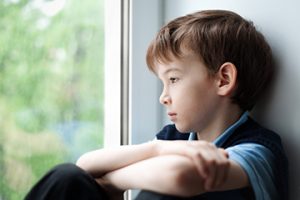 The Peter McVerry Trust, found the figures “deeply disappointing” and called for the ramping up of efforts to prevent homelessness, as well as speeding up the delivery of social housing.

The homeless figures come from the Department of Housing, Planning & Local Government’s January Homelessness Report. Published on 27th February 2018, it is based on data provided by housing authorities, captures details of people using State-funded emergency accommodation overseen by housing authorities.

The Department stated that the figures show an increase in the number of adults and families in emergency accommodation nationally, however the number of families remains lower than the previous high of November 2017. In a statement it said that the rate of increase in family homelessness has stabilised over the past year. 2017 saw an increase of 16% in family homelessness compared to an increase of 55% in 2016, and 90% in 2015. In Dublin, where the major homeless problem is, the rates of increase were 9% in 2017, 51% in 2016, and 106% in 2015.

Mr Eoghan Murphy TD, Minister for Housing, Planning & Local Government, said that the increase in homelessness in January was “anticipated to a degree” as more emergency beds were availed of by rough sleepers as part of the cold weather initiatives. He said that the number of families has also increased but were not back to the high of November.

“I commenced a Rapid Hub Programme that will see additional family hub places added to the existing hubs and new places already in progress for the first half of this year. Family Hubs are a far better first response than hotels for families presenting as homeless,” he said. He also spoke of the importance of prevention, and highlighted the Homeless Housing Assistance Payment (HAP).