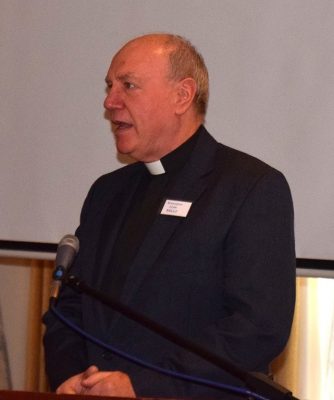 Monsignor Liam Kelly has been elected diocesan administrator of the Diocese of Kilmore.

Msgr Kelly’s appointment follows the acceptance by Pope Francis of the retirement of Bishop Leo O’Reilly as Bishop of Kilmore.

The College of Consultors of the Diocese of Kilmore met on 2nd January 2019 in Cavan to elect Msgr Kelly.

Msgr Kelly, formerly the vicar general and parish priest of Killsherdany and Drung, Co. Cavan, said he was honoured to accept his new role, and would endeavour to serve the diocese until a new bishop is appointed.

He thanked Bishop O’Reilly, who had served the diocese as bishop for 22 years – during a very challenging period for the Church in Ireland.

Speaking after the Consultors meeting, Msgr Kelly said: “It has been a privilege for me to have worked with Bishop Leo, to have learned from his example of generous service, and to have benefited from his great kindness and support. I wish him happiness in his retirement and pray that he will enjoy good health and every blessing in the years ahead.”

Msgr Kelly thanked the College of Consultors for their support and good wishes, and asked for the prayers and support of the priests and people of the diocese in the time ahead.

He takes up his responsibilities immediately. As diocesan administrator has responsibility for administering the day-to-day affairs of the diocese until a new bishop is appointed by Pope Francis. He will attend the quarterly meetings of the Irish Bishops’ Conference in Maynooth.

He will also continue to minister as parish priest of Kilsherdany and Drung.

As a priest he has taught in Saint Aidan’s Comprehensive School, Cootehill and Saint Patrick’s College, Cavan and has ministered in several parishes in Co. Cavan. He was appointed vicar general of the Diocese of Kilmore in 2015. 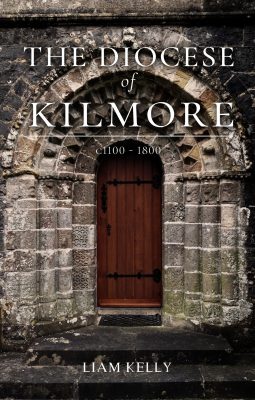 Msgr Kelly is a noted historian and has written several books over three decades, his most recent one being The Diocese of Kilmore c,1100-1800 which was published in 2017. It includes research from documents stored at the Palazzo di Propaganda Fide in Rome which Msgr Kelly collected over a two-week period.

The book took four years to complete and covers everything from the establishment of monasteries and the spread of religious orders, through to the Reformation, rebellions and the persecution of martyrs in what is a rural area of Ireland. This book also includes details of John Wesley, the Methodist leader, who had travelled around the diocese on missions in the second half of the 1700s.

Along with Dr Brendan Scott, Msgr Kelly is currently editing a book on the history of Leitrim which is due to be published later this year.

The Diocese of Kilmore encompasses most of Co. Cavan, the north-west of Co. Leitrim and portions of counties Meath, Fermanagh and Sligo. It comprises 34 parishes and has a Catholic population of some 69,000.

*The Election of Diocesan Administrator is a function of the Diocesan College of Consultors and is governed by provisions in the Code of Canon Law (1983).