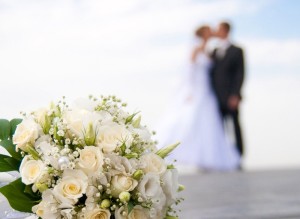 They certainly do things differently in the United States, because now in Baltimore you can have a church wedding outside a church.

In Ireland, Catholic weddings must take place in a church, preferably the parish church of the bride or the groom. Traditionally, it was the bride’s parish church that was chosen as the venue, but in today’s era of social media, conspicuous spending and wedding one-upmanship many couples choose a church venue on the basis of aesthetics. More practically minded Catholic couples might choose to get married in a parish church that is close to where they will be holding their wedding banquet.

The same is true in most parts of the world, but in the Archdiocese of Baltimore the rules have been relaxed, with Archbishop William Lori allowing weddings at locations other than parish churches – including out of doors.

Baltimore’s chancellor Diane Barr said that the revision was a result of conversations with young Americans who want to be married in the church, but who also wish to have their wedding at a special location other than their home parish. In particular, the Archdiocese has noted an increase in requests to get married in chapels belonging to Catholic schools, colleges, universities or other institutions, such as hospitals. These requests tend to come from former college alumni or college employees who often associate a particular chapel with their own personal deepening of faith.

Additionally, according the Baltimore Archdiocesan website: “Weddings can also be held at an appropriate outdoor location, as long as there is a back-up indoor location in case of inclement weather.”

That alternative indoor location condition is perhaps a measure of Archbishop Lori’s pastoral care. Baltimore gets 40.76 inches of rain on average each year, which is more than we get on the east coast of Ireland, but less than we get on our west coast. However, Baltimore gets most of its rain in July and August, during the annual “wedding season”, when there is at least one heavy thundery downpour every five days.

That said, in many parts of the world, rain on a wedding day is considered a good omen for the future happiness of the couple. The French have a saying, “Mariage pluvieux, mariage heureux”, which translates to “Rainy wedding, happy wedding”.

As is the case in Ireland, when booking a Baltimore parish church as a wedding venue you need to approach your chosen parish at least three months in advance (although the advice is to book a good bit earlier to be sure of getting use of a particular church on a particular day).

However, in Baltimore, in the case of non-traditional venues, such as a university chapel or an outdoor venue, you will need to apply for approval at least six months in advance. Requests for non-traditional venues will be handled on a case-by-case basis. Applications to the Archdiocese for a derogation have to be made by the priest or deacon that is officiating at the wedding, not the couple.

Archbishop Lori’s policy is not without restrictions. There are venues deemed unsuitable for marriage ceremonies de facto. In particular, Catholic weddings in Baltimore may not take place in venues such as bars, night clubs or casinos, where alcohol is served as a matter of course.

As an example of an outdoor venue that would be approved, Barr gave the example of a person wanting to get married in their grandmother’s field behind the family home. Other suitable outdoor venues might be scenic locations that exemplified the beauty of God’s creation.

Since the new policy was introduced in February this year, the archdiocese has received more than 20 requests to hold weddings at venues that were not parish churches and, so far, all requests have been approved.

The relaxation in the rules is an experimental measure that will run for a year before being reviewed, said Barr. She said Baltimore’s priests will probably be polled on whether they think the experiment should become a permanent arrangement.

Do you think we shall see outdoor Catholic weddings in Ireland any time soon? Or is it a bit too early to say “I do”?