Monaghan church rededication after help from Church of Ireland neighbours 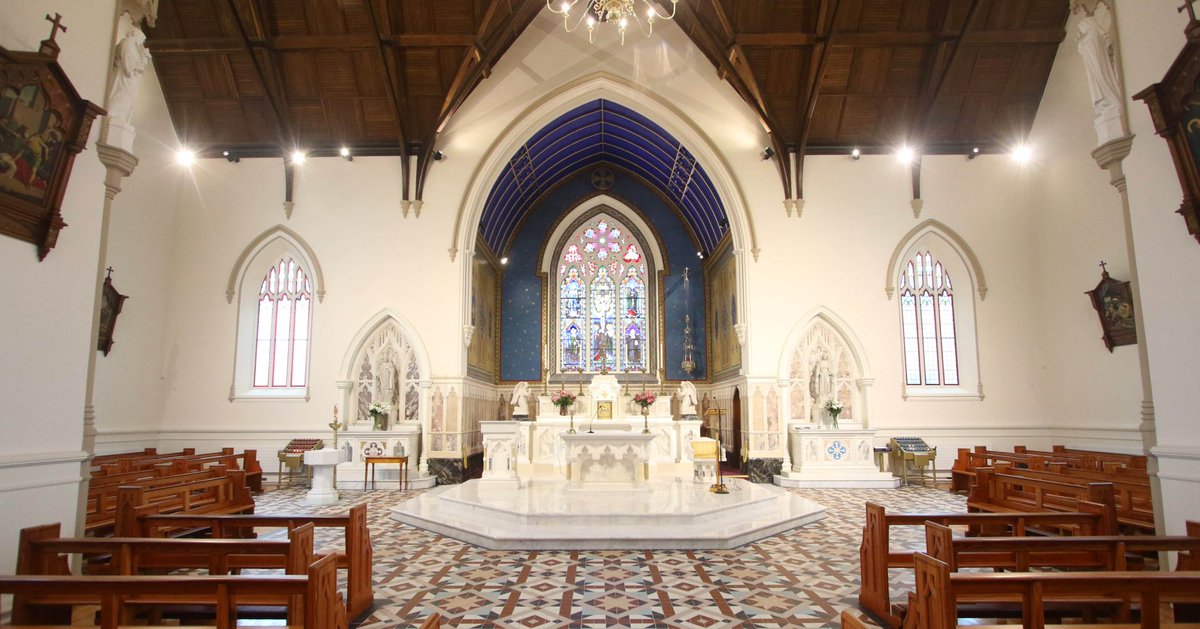 A congregation will celebrate the rededication of Saint Mary’s Catholic Church this weekend having had the gift of temporary accommodation from its Church of Ireland neighbours at Saint Maeldoid’s Church.

Bishop Larry Duffy is to rededicate Saint Mary’s, Castleblayney, Co. Monaghan, after €2.1m renovations. A statement on the Catholic parish’s website noted the generosity of its neighbours:

“A notable aspect of this renovation work was the fact that during the closure of Saint Mary’s (June 2017 to August 2018), the Catholic community here was generously and willingly accommodated by the Church of Ireland community next door in Saint Maeldoid’s Church. This was due to the kind offer of the then Rector, Rev Neal Phair and the Select Vestry, together with the agreement of Bishop John McDowell and Bishop Liam MacDaid.”

The generous gesture came when the Church of Ireland’s Rev Neal Phair heard from Catholic parish priest Canon Pat McHugh that his church was to close for repair and reordering. The Anglican minister offered to share Saint Maeldoid’s Church with his Catholic neighbours.

While there is a strong ecumenical tradition in the town, there were still many Catholic parishioners who had never set foot in a Church of Ireland church, and Rev Phair felt it was an opportunity for reconciliation and tolerance in what is a border area.

As well as continuing to facilitate the normal Anglican services, the church hosted Catholic Masses, funeral services and weddings while the rebuilding works were going on.

Next Sunday, 8 December 2019, at Saint Mary’s Church, Castleblayney, Co. Monaghan (Parish of Muckno), the Bishop of Clogher, Bishop Larry Duffy, will officiate at his first rededication liturgy since his appointment as Bishop of Clogher. The occasion is also the first anniversary of the announcement of his appointment by Pope Francis. Bishop Duffy served as a priest in Castleblayney for 16 years from 1978 until 1994.

Civic and church leaders of various Christian denominations are expected to attend. Speaking this week, the present parish priest of Muckno, Canon Shane McCaughey, extended an invitation to all saying:

“We have a beautiful church that has been renewed as the sacred space where we praise God and celebrate the sacraments. This is God’s house and it is also the house of the people – teach an phobail. The people of the entire parish and all those involved in this wonderful achievement deserve special thanks and praise for their generosity and courage. Next Sunday will be a special day for all of us as we mark the completion of the project and set this place apart once more.”

The recent renovations and re-ordering at Saint Mary’s were the most extensive in the history of the building. The work involved the creation of a safe entrance area and welcoming space, new furniture, the removal and restoration of the roof to enable the installation of insulation, new heating and electrical systems, new lighting, and the painting of the entire building.

This work was initiated by Canon Patrick McHugh (PP Muckno 2010–2018) along with members of the Parish Finance, Property and Administration Committee, chaired by Declan McAteer. The architect was Karl Pederson of Mullarkey Pederson Architects and the principal contractors were McGuigan Builders, Clontibret.

Saint Mary’s Church was constructed in the 1850s on the site of an earlier church and was first dedicated by Bishop Charles McNally on 5 November 1861 under the invocation of the Immaculate Conception, the doctrine which had just recently been proclaimed by Pope Pius IX. Always known as Saint Mary’s, it witnessed further renovations in the 1930s and again in the 1950s when it was extended on its western side. A special plaque commemorating both dedications will be unveiled and blessed at the end of Sunday’s celebration.