Home > Featured > Missionary’s proposal on Irish paedophiles due before Dáil

Missionary’s proposal on Irish paedophiles due before Dáil 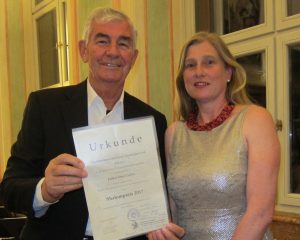 Proposals for a new law which would see Irish paedophiles and sex offenders banned from foreign travel are due to come before members of the Dáil later this month.

The Oireachtas is due to resume on 16 January and Deputy O’Sullivan, part of the Independents4Change group, has said she aims to introduce her bill before the end of January.

Ms O’Sullivan said the aim is to limit or prevent sex offenders and paedophiles with Irish passports from travelling to countries with lax or no child protection laws.

“It is particularly apt in the light of all the revelations of abuse against minors by people in positions of influence,” she told the Press Association.

Fr Cullen has said: “I expect the Irish people and the Dáil will support it and set an example for other EU countries.”

According to PA, legal advisers have spent weeks examining if there is a constitutional issue with barring convicted offenders from using passports, similar to the practice in the UK where suspected terrorists are on a so-called “stop list” and are restricted from foreign travel.

Ms O’Sullivan said the reform was also apt in light of further revelations about how former Irish swimming coach George Gibney, who had sex offence charges against him dismissed in the 1990s, lives in the US.

Fr Cullen runs the Preda Foundation (People’s Recovery, Empowerment and Development Assistance) in the Philippines. For over 40 years, he has been rescuing child victims of sex abuse and human trafficking and children detained illegally in jails.

He has warned that predators from Europe, including Ireland, as well as the US and Australia, visit the Philippines in the hope of luring children into sexual abuse.

Speaking to PA from Preda’s Olongapo city base, the missionary said: “For most of my life I have tried to protect children in the Philippines and elsewhere from local and travelling sex offenders.”

“The legislation will surely prevent the sexual abuse of many children in developing nations.”

Fr Cullen was nominated for the Nobel prize for the fourth time in 2017.