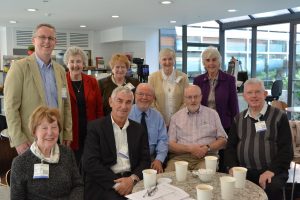 State sanctioned execution of people suspected of being drug users or dealers in the Philippines has resulted in over 8,000 deaths since 30 June 2016, missionary Fr Shay Cullen told TDs and senators in an address at Leinster House last week.

Warning that the rule of law was effectively gone, the Columban priest said a stand had to be taken against these human rights violations.

“We are all vulnerable if death squads are allowed to have their murderous way,” he warned.

Of President Rodrigo Duterte’s war on drugs, the 74-year-old said, “There are death squads everywhere. Teenagers are picked up and shot dead – their bodies left on the side of the road. Vigilantes are earning money from all these killings.”

The missionary has himself been the subject of death threats over his exposé of the abuses of the sex industry and his willingness to stand up for the rights of street children in the Philippines.

Fr Cullen told TDs and senators that there are death squads everywhere in the south east Asian country, and that President Duterte has vowed to kill three million people, if necessary, in his war on drugs.

“This guy is a real killer,” he said in his Oireachtas presentation, and explained that those “working to protect young people and give them sanctuary by taking them off the streets are in danger”.

Duterte has told human rights workers and journalists that if they get assassinated they “deserve it”.

“I got a death threat only a couple of weeks ago,” the Columban missionary revealed. However, on investigation, it turned out to be an attempt at extorting money from his PREDA Foundation for street children and children who have been sexually abused.

Elsewhere in his address, he warned that human trafficking is “a billion dollar business” which is expanding, and that legalising prostitution is not the answer, as it “opens the door” for traffickers.

He praised legislators for adopting the Swedish model by enacting the Criminal Law (Sexual Offences) Act 2017, which criminalises the man who solicits sex.

He recalled his campaign to have the US Navy base on Subic Bay shut down.

“It was a huge facility built during the Korean war and continually expanded during the Vietnam war. Thousands of US sailors would be coming into Olongapo City and it became the brothel city of South East Asia. Sixteen thousand women and children were working as sex workers in the bars and clubs and on the streets.”

One notorious part of Olongapo City was ‘Walking Street’, where the sex bars were located, and this had up to 25,000 people working in places like sex hotels, sex bars and brothels.

Having been made aware of the plight of the children and women trapped in the sex industry, Fr Cullen soon understood that “sexually exploited women were not there voluntarily” but were coerced through bonded labour via a cycle of debt from which they were never able to free themselves.

It was a religious sister who drew his attention to the scandal she discovered in Olongapo of at least 18 underage girls, some as young as 9 years old, who were suffering from venereal disease and STDs. The children said that sailors and farmers were abusing them.

That was when he started his campaign to shut the US military base and convert the area to a new economic zone where there would be work with dignity for the people of Olongapo City.

In 1992 the military base closed down and the last US ship left Subic Bay on 22 November that year.

Today, by contrast, the conversion dream has been realised, and where the military used to be located there is now a commercial zone with malls and a marina, where people from Singapore, Hong Kong and Manila are bringing their yachts.

“So the campaign was a big success; we helped to save lives and ended the human sex industry that was going on there,” Fr Cullen said.