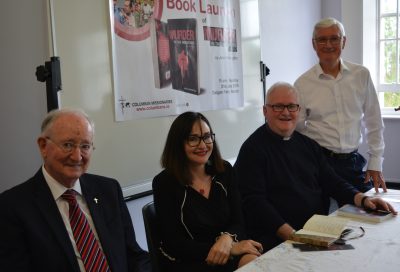 A new book telling the story of two Irish missionaries whose lives were radically changed by their ministry on a Filipino island devastated by corruption and interfaith violence has been praised as “timely”.

At the launch of Murder in the Missions: A True Story at the home of the Missionary Society of St Columban in Ireland on Sunday, the pioneering interfaith witness of Frs Rufus Halley and Des Hartford was warmly recalled by Fr Cyril Lovett, the retired editor of the Far East magazine, who was missioned in the Philippines at the same time as the two priests.

The book, which is published by Mercier Press, was 14 years in the making.

The author, Jean Harrington, confessed she had no knowledge or contact with the Columbans prior to reading a 2001 newspaper report on the killing of Fr Rufus Halley in Mindanao.

She travelled to the Philippines to research the lives of the two missionaries and glean insights into them from their friends and colleagues in the Christian and Muslim communities, as well as from fellow Columbans.

She also spoke to their families and recorded several in-depth interviews with Fr Hartford before he died.

In his address at the launch Fr Lovett highlighted how the book deals with “almost contemporary events”.

He told the author, “I was glad to hear you say … that the single thread that runs through the whole book is relationships.

He also paid tribute to the author’s ability to reveal aspects of both priests that none of their fellow Columbans would have known, such as their fears about their safety.

Fr Lovett praised Jean Harrington’s description in the book of Fr Des Hartford’s retreat at the Jesuit Manresa centre in 1977, “when the Lord led a very reluctant Des to consider and opt for participation in Bishop Tudtud’s new initiative in reaching out to the Muslim community on the island of Mindanao”.

Describing the book as “timely” for Columbans, Fr Lovett said that as the 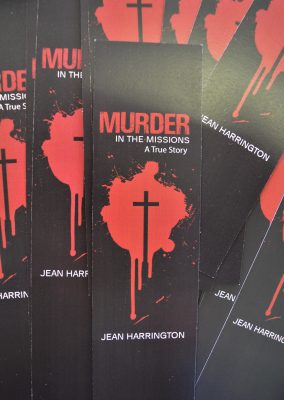 Missionary Society’s numbers diminish, “it means that more and more young Columbans will be living on their own, responding to a need in a particular community, often working without a role, far from a parish setting, and often in circumstances of tension and strain. The sterling pioneering work of Des and Rufus provide examples of how such apostolates can be lived out fruitfully.”

The book ends in a dialogue with one of Fr Rufus and Fr Des’s Muslim friends, Sultan Maguid Marahom.

“This Muslim leader learned from these two Columbans the value of love and forgiveness and this brought a radical change to his life and a new and more life-giving interpretation of the Koran,” Fr Lovett said.

In her address Jean Harrington recalled how she approached Fr Hartford some time following the killing of Fr Halley in 2001. Fr Hartford was coping with terminal cancer but still agreed to be interviewed by her.

She thanked the two priests’ families for lending their story to her for a short time.