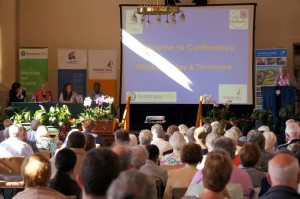 Agreement has been reached between the Government agency, Irish Aid, and the representative group for Irish missionaries, Misean Cara, to continue to support missionary projects into the future.

The strategic plan and memorandum of understanding agreed between Misean Cara and Irish Aid sets out a ‘guided pathway’ to support congregations in planning for succession and managing future development initiatives.

Both parties agree that development projects should:

News of the agreement is contained in the newly published report on what was reputed to be the biggest ever missionary conference in Ireland – the Mission Today & Tomorrow conference.

The report’s editorial recalls Minister Joe Costello’s acknowledgment in his speech that the Irish Government sees missionary groups as key actors in development.

“A complicating issue might be the transition in control of these groups from Irish to indigenous/locally based leadership. But as was spoken at the conference by an African Sister, whilst the nationality might be different after transition, ‘the inspiring values and guiding principles of the missionary approach to development remain the same’ as during the decades when Irish-born religious created such a unique legacy in service to the poor,” Editor, Mags Gargan, stated.

On the Government’s part (through Irish Aid) new guiding principles of partnership will need to be developed and be rooted in international precedents.

The religious congregations’ part is to urgently build and further the capacity of local missionaries overseas to meet all challenges including partnership with the Irish State.

The transition is already very far advanced with many religious communities, according to Matt Moran, a member of the Conference Organising Committee and the Board Chairman of Misean Cara.

“The planning has been there. Some congregations are very far advanced and have very few Irish in the field. They are still working there with indigenous or local people,” he told CatholicIreland.net.

He cited examples such as the Holy Ghost Sisters who have only one white Sister in some countries in community with local sisters or missionaries from other countries.

There are Bon Secours missionaries from Brazil working with a few Irish in South Africa. Many of the indigenous Sisters are highly qualified with surgeons, gynaecologists and professionals in their numbers.

Many of the speakers at the conference were African and they spoke from their own experiences. Matt Moran and the organising committee hope that the report and the talks and feedback will be used as a resource by missionary communities in planning their own futures.

“Somebody who wasn’t there at all, and who is at the other side of the world, if they take this and read it they get a very good understanding of what the various speakers said over the two days and the feedback given by the discussion groups among the participants.”

“Normally a conference is held and it is a one day wonder and everyone goes away happy and that is it,” he said. “It is up to each congregation to take the report and speeches interpret them and apply them themselves. Because there is a big transition going on as the numbers of Irish (missionaries) go down.”

The international conference entitled Mission Today & Tomorrow was held in All Hallows College in Dublin on 5 – 6 June.

It was part of The Gathering 2013, and was a collaborative project involving All Hallows College, Misean Cara, the Irish Missionary Union, and Kimmage Development Studies Centre.

The conference was attended by over 200 delegates from Ireland and overseas. During the conference a book – ‘Sustainable Livelihood Approach: A Critique of Theory and Practice’ – was launched.

Texts of presentations are available from:

Audio versions are available to purchase in CD format from Eist Audio Productions on www.eist.ie.