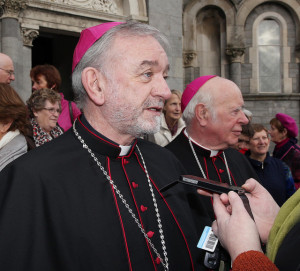 Pope Francis and the Irish bishops have invited the faithful to reflect on the message and contents of Ad Gentes, the Second Vatican Council’s decree on the Church’s missionary activity, for mission month.

Mission Sunday takes place on 18 October and the theme this year is ‘Abundant Life’, while December marks the 50th anniversary of Blessed Pope Paul VI’s promulgation of Ad Gentes.

During their autumn general meeting, the bishops paid tribute to the role of the late Irish missionary bishop Dr Donal Lamont in the drafting of Ad Gentes.

Launching a series of talks hosted by the Irish Missionary Union to celebrate 50 years of ‘To the Peoples’, Archbishop Kieran O’Reilly of Cashel & Emly said that at the beginning of Vatican II there was no document on mission, that there was only a number of canons as to what mission should be legally.

It was only when the missionary bishops came to Rome that the document we now know as Ad Gentes began to develop into what we know as the decree today.

The Archbishop paid tribute to Antrim-native Bishop Lamont and the missionary bishops “who had a major hand in changing the document” into the decree which calls all the Church to serve all the peoples.

“It came out of the movement of the Spirit,” he said, particularly from within those from mission countries.

Archbishop O’Reilly, who is a member of the Society of African Missions, noted that 90 percent or more of the bishops who were present at the Vatican Council were from the first world and those from the two-thirds world were hardly represented.

Ad Gentes, he said, “Put the missionary agenda firmly at the heart of the life of the Church.”

Referring to Article 2 of Ad Gentes, the Archbishop said it was one of the decree’s most important statements, identifying that the Church on earth is by its very nature missionary.

“The whole Church is missionary and the work of evangelisation is the duty of the people of God.”

Archbishop O’Reilly in his address in St Paul’s Arran Quay in Dublin looked at the progression of the Church’s missionary documents from Ad Gentes to Evangelii Nuntiandi (Evangelisation in the Modern World), the apostolic exhortation issued on 8 December 1975 by Pope Paul VI and Redemptoris Missio, (On the permanent validity of the Church’s missionary mandate), a papal encyclical by Pope John Paul II published on 7 December 1990 devoted to the subject of “the urgency of missionary activity”.

Describing Ad Gentes as foundational, Archbishop O’Reilly paid tribute to the evolution of mission thinking culminating in Evangelii Gaudium. He cited EG24: “The Church which ‘goes forth’ is a community of missionary disciples who take the first step, who are involved and supportive, who bear fruit and rejoice.” 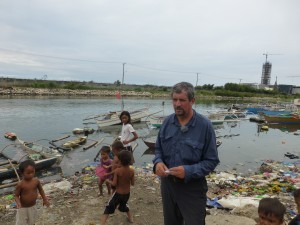 Separately, the bishops have welcomed a new DVD, produced by World Missions Ireland, which features the work of missionaries.

The seven minute DVD, which is presented by journalist Charlie Bird, has been circulated to parishes throughout Ireland.

It highlights the work of missionaries helping people living in a cemetery in Manila in the Philippines, those working with children rescued from people traffickers, and with those working with people with AIDS in Seoul, South Korea.

In their statement following their autumn general meeting the bishops expressed their appreciation to Irish missionaries and asked the faithful to continue to support their work in bringing light and hope into the lives of the most marginalised and oppressed.