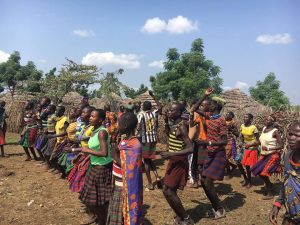 Joe McHugh, the new minister for international development, has praised Irish missionaries on his three day visit to Uganda.

“Ireland and Uganda have a long history of partnership stretching across many decades. This partnership has its roots in the work of Irish missionaries, who created strong bonds between our two peoples. Since 1994, the Irish Government has had a significant bilateral aid programme in Uganda and made a lasting contribution to the country’s development,” said the Minister of State for the Diaspora and International Development on the occasion of his first visit to Africa as minister.

While in Uganda (9th-11th July) the Minister visited Irish Aid funded projects in Karamoja in the north east of Uganda, and a refugee settlement in Adjumani, near the border with South Sudan.

The minister also signed a Memorandum of Understanding with Uganda’s Minister for Finance, Planning and Economic Development.

He said that during his visit he wanted to meet both the organisations that work with in the implementation of Ireland’s development programme and also the direct beneficiaries of the programme.

He added that he discussed with Uganda’s Minister for Finance, Planning and Economic Development how Ireland and Uganda can work together towards attainment of the Sustainable Development Goals by 2030.

Ireland’s new five year strategy for Uganda was also launched. It outlines how Irish Aid will support poverty reduction in Uganda, providing €82.9 million over the period 2016-2020. It will also provide for building trade, political, cultural, and people-to-people links. 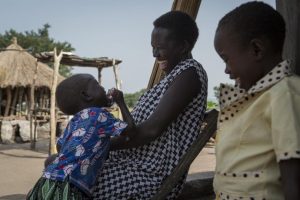 Minister McHugh said: “Over the coming five years, we will redouble our efforts to support the poorest and most vulnerable to work their way out of poverty – targeting our interventions in the areas of education, social protection, preventing HIV/AIDS, and promoting human rights and good governance. In line with our commitment to reaching the poorest, close to half of our funding will be spent in the north-eastern sub-region of Karamoja, where poverty rates are higher than anywhere else in Uganda.”

The Irish Aid programme is in line with Uganda’s Second National Development Plan, and is implemented through partners, with strong accountability, in close cooperation with the Ugandan Government.

The Irish Government also wants to increase trade and investment links between Ireland and Uganda. Minister McHugh also met with some of the diaspora in Uganda.

Some of the projects of Concern Worldwide were among those visited by the minister. The charity arrived in Uganda in the early 1980s in response to famine in Karamoja, and returned again in 1990 to assist with the HIV and AIDS pandemic and began working in four districts. Today, Concern is operating in ten of the poorest districts in Uganda in the Karamoja region, Acholi sub-region, and West Nile. 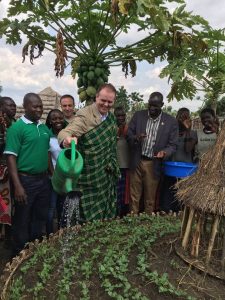 It works in partnership with district and national government in Uganda, Ugandan Civil Society organisations, and UN agencies. The charity has a staff of 120 in the country and its budget in 2015 was €3 million.

In Adjumani, Uganda, Concern is involved with refugees in camps which cater for the many people who have fled conflict in South Sudan – many of them with children and taking weeks to arrive on foot with no possessions.

Concern responded to this large influx by setting up emergency nutrition treatment centres, with funding from the European Commission, UNICEF and Concern Worldwide.

In local districts health workers have been trained and hospitals equipped with supplies. Mothers have been taught how to prevent malnutrition and encouraged to practice proper hygiene to avoid infections.

Over 150 000 South Sudanese arrived in Uganda over the last 14 months – most are children and women. 20% of the refugee children were stunted upon arrival. Since May 2014, over 10 000 children have received nutrition services and malnutrition rates have reduced by 50% in the targeted refugee settlement areas.