Minister for Health must listen to families who were given misdiagnosis 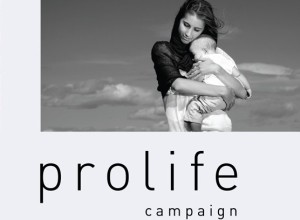 The Pro Life Campaign has said the Government was reluctant to listen to the experiences of parents who received a misdiagnosis for their unborn baby in the run-up to last year’s abortion referendum.

In many instances, according to a PLC spokesperson, the baby turned out to be perfectly healthy.

The remarks by PLC follow the revelation that a couple were given an alleged misdiagnosis of a fatal foetal abnormality and aborted their baby at a Dublin hospital only to discover later that their baby was perfectly healthy following further test results that came back after the abortion had already taken place.

Eilís Mulroy of the Pro Life Campaign said, “The reluctance of the Government to listen to the perspectives and experiences of families in these situations hasn’t changed since the referendum.”

She called for greater openness on the part of the Minister for Health, Simon Harris, to listen to the families who had been given a misdiagnosis for their unborn baby “instead of shutting out contributions that don’t fit in with the Government’s narrow focus to date in this whole area”.

She said parents of children who received a misdiagnosis had been dismissed and brushed aside for way too long. “If their stories were treated with the respect and prominence they deserve, tragedies that will otherwise occur in the future could be avoided.”

Ms Mulroy said it was “an awfully sad and tragic outcome” for the baby in the latest case.

“The Minister for Health is duty bound to do whatever it takes to minimise the chances of something like this ever happening again. He should start by listening to the stories of parents who have no agenda other than to share their personal stories which shed light on the whole area of misdiagnoses and how it impacts on families and outcomes for the babies at the centre of these cases.

“Ultimately, with abortion the issue is not about whether a baby has a disability or a life-limiting condition. It is about the fact that with every abortion an innocent baby has his or her life ended.”

An investigation has been ordered at the National Maternity Hospital in Dublin into the circumstances of the abortion after the couple allege they were given a finding of fatal foetal abnormality.

The pregnancy was terminated after a screening test was performed privately at the hospital.

It is alleged that not all stages of the test results were available and therefore the couple were not in a position to make an informed decision.

The results of the final part of the process had not returned from the UK when the couple were told of the suspected diagnosis.

The couple went ahead with the abortion, but were later shocked to learn that the UK test results were negative for trisomy 18.

The Health (Regulation of Termination of Pregnancy) Act came into force in January.