Minister asks for time to pursue solutions to ownership of NMH

The Minister for Health Simon Harris has said there is potential to devise “acceptable solutions” to the controversy surrounding the ownership of the planned National Maternity Hospital (NMH). 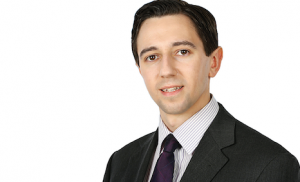 In a statement issued on Sunday evening, Minister Harris asked for “time to pursue solutions that address the issue of the ownership.” He said “This week, I asked for a period of time to allow me and my officials to work with both hospitals and report back to the Government, the Oireachtas and to the public at the end of May.”

He said “I want to be very clear that I want this time to pursue solutions that address the issue of the ownership of the facility, that is the new NMH.”

Mr Harris said that the agreement reached between the hospitals “recognised that the State will require a ‘lien’ on the new facility in accordance with whatever funding agreements are in place by the State for such capital projects”.

He continued “Different options have been used in the past in doing this and I believe there is potential to devise creative and acceptable solutions ‎that will provide further reassurance regarding the ownership of these facilities which will be paid for by the State.”

Mr Harris said that the structure of our health service is diverse and complex. “A conversation has now started in Ireland regarding this. That is a good thing and I want to separately put in place a process to facilitate that broader conversation which is long overdue and which will, rightfully, take some time.”

The Minister said that the process will raise a broad range of complex policy issues that will need to be addressed on a general basis within the health service into the future. He added: “However, the need for a new NMH is beyond doubt and that is why we must work now on the issues to be addressed so it can proceed. To facilitate this I do respectfully ask for a short period of time to work with Holles Street and St Vincent’s to provide further detail on the arrangements which could be put in place to address issues of public concern, which I have heard very clearly.”

This week Independent Senator Rónán Mullen, who serves of the board of the Irish Schools Trust (Ceist), said the Sisters of Charity have been portrayed as a “sinister force” and that he would prefer if the new hospital were to be built on a different site. He said “I think this is a real sad mess. And I think I would prefer if this hospital wasn’t being built on this particular site at this stage.”