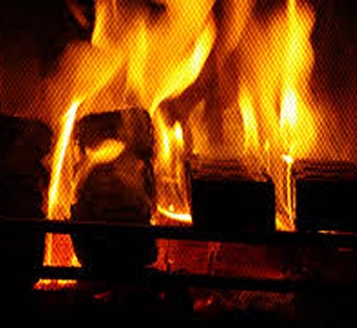 The Bishop of Ardagh and Clonmacnois has appealed for prayers at all masses this weekend for the Bord na Móna staff and their families who were informed on Wednesday that they were to lose their jobs in the coming months.

“Like many others I heard with concern the news of the job losses in Bord na Móna,” said Bishop Francis Duffy. “The loss of up to 430 jobs is a devastating blow to employees in the midlands region, their families and to the local economy. As well as being a vital energy resource, this semi-state company had a mandate to create employment for the region.”

Bishop Duffy said the midlands now faced “the real prospect of falling into a sharp regional recession unless multi-agency action is taken immediately”.

Calling for prayers at all masses in the diocese this weekend “for the intentions of the employees and for the prospect of future employment”, the Bishop called on the Minister for Business, Enterprise and Innovation, Heather Humphreys, and relevant State agencies, to “prioritise our region in terms of sustaining employment opportunities for this skilled workforce.

“With our economy in the midlands still under par with the rest of the country, our community needs support today more than ever. I cannot overstate the depth of the impact that the loss of a major source of employment like Bord na Móna will have on a rural area which is weak with comparable alternatives.”

Bishop Duffy said the layoffs affected not just the Bord na Móna workers, but also jeopardised “thousands of ancillary jobs which have been created since the 1940s, and which rely for survival on the pay spend of the workers”.

The semi-state body announced on Wednesday that up to 430 workers were to be made redundant, starting with 150 by Easter next year. The job losses come following a decision by the company to close 17 of its 62 active bogs immediately, with harvesting at the remaining 45 bogs expected to stop by 2025.

Tom Donnellan, Chief Executive of Bord na Móna, said the decision was in response to climate change. “Decarbonisation is the biggest challenge facing this planet. By accelerating the move away from peat into renewable energy, resource recovery and new businesses we are supporting national policy and seizing the opportunity presented by decarbonisation,” he said, adding, “In the past few months we have put in place a new structure to safeguard the maximum number of jobs, facilitate the decarbonisation strategy and reposition the company. Standing still is not an option for Bord na Móna.”

A voluntary redundancy programme is to open shortly, but union representatives have expressed fears that the number of job cuts will be at least double those announced on Wednesday.

Bord na Móna has been in operation for over 70 years. It began developing the peatlands of Ireland with the aim to provide economic benefit for Irish midland communities and achieve security of energy supply in the 1940s. In 2015 the company announced that the harvesting of peat for power generation would be “phased out” by 2030.