Home > News > Mexico is where greatest number of priests killed

Mexico is where greatest number of priests killed 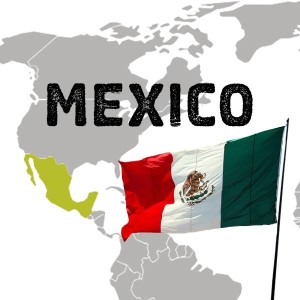 A new report on religious freedom violations in Mexico released by Christian Solidarity Worldwide (CSW) reveals that more priests and lay leaders were killed in Mexico in 2014 than any other country in the world.

It also shows that Christian leaders from other denominations face similar threats from criminal groups, though their cases are under-reported.

However, they are exacerbated by inaction on the part of the state and federal governments to proactively uphold religious freedom and to hold those responsible for criminal acts in the name of religion to account.

In addition, the rise of powerful criminal groups in many parts of the country has had a chilling effect on religious freedom.

They often consider churches an attractive target for extortion and as fronts for money laundering, and believe that church leaders pose a threat to their influence and aims.

Religious intolerance is the main cause of religious freedom violations, which are particularly high in the states of Chiapas, Oaxaca, Hidalgo, Puebla and Guerrero.

Many parts of these states are governed under the Law of Uses and Customs, which allows indigenous communities to govern themselves according to traditional laws and customs.

The law is meant to be exercised in line with the individual rights guaranteed in the constitution, but in reality the government at both the state and federal level does little to enforce this.

As a result, the rights of religious minorities are routinely violated.

CSW’s report details rights violations including the deprivation of basic services from minorities such as water and electricity, minority children barred from attending school and minority groups stripped of their civil and political rights, including the right to vote.

In addition, religious minorities are often banned from burying their deceased in public cemeteries and face prohibitions on worship, the destruction of property, violence and forced displacement.

The government rarely takes action to address these violations, leading to a culture of impunity and a sense that the majority religious group has the right to enforce religious beliefs in the community.

A number of the cases mentioned in the report have gone on for years without resolution despite favourable judgments and recommendations from national and state government human rights bodies.

The government has yet to implement the recommendations.

The government has also ignored recommendations by the Oaxaca State Ombudsman in March 2014 regarding the case of San Juan Ozolotepec, in which a church was destroyed, four protestant men were unlawfully imprisoned and tortured and protestants were denied the right to vote.

Religious freedom violations have continued in 2015.

In January, there were a series of violent actions targeting religious minorities in the state of Chiapas.

CSW’s Chief Executive Mervyn Thomas said, “This report demonstrates that in spite of the Mexican government’s public statements that it is working to uphold religious freedom in Mexico, little concrete action has been taken.”

“The rights of religious minorities are violated on an almost daily basis in many parts of the country with no response from the government officials responsible for upholding the constitution. The fact that so many of these cases have been left unresolved for years, with victims living in precarious situations, shows an ingrained lack of will on the part of state and federal government officials to effectively address these abuses and to ensure that religious freedom is upheld for all.”

“The culture of impunity leads to even more violations of religious freedom. If anything is to change, the government must take strong measures to ensure that those responsible for these serious violations, whether a local government official or a criminal group, be held to account through the legal system.”