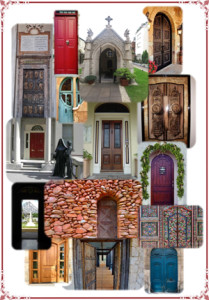 The Sisters of Mercy will open their own door at Baggot Street on Sunday while Pope Francis opens the Holy Door of the Basilica of St John Lateran on the same day for the Jubilee Year of Mercy.

The Mercy Sisters and their ‘partners-in-Mercy’ across Ireland and 44 countries in six continents are using the symbol of a door opening to launch a special year of action and reflection titled Mercy International Reflection Process.

On Sunday 13 December, Sr Mary Reynolds RSM will open the door of 64A Lower Baggot Street in Dublin, which was the first House of Mercy founded by Venerable Catherine McAuley, and is now the Mercy International Centre (MIC).

“My hope, as we open Doors of Mercy around the world to inaugurate the Jubilee Year, is that by crossing the threshold of those doors, we will find the strength to embrace God’s Mercy and to dedicate ourselves anew to being merciful with others as the God of Mercy is with us,” said Sr Mary Reynolds, Executive Director MIC.

All associated with them – some 7,000 Sisters , 5,000 associates and 250,000 employees have been invited to mark the opening of the door for the Jubilee Year of Mercy but also the Mercy reflection process.

This includes reflection on Pope Francis’ encyclical to discern a globally shared response to its urgency, as well as key questions on Mercy mission and new possibilities.

Fifth year art and religion students from Mercy Secondary School, Tuam, and teacher Lisa Conboy got off to an early start by designing and painting a door lintel that will be placed over the Door of Mercy in the Cathedral of the Assumption Tuam for the duration of the Jubilee Year of Mercy 2015-2016.

Stephen Walsh, Principal of Our Lady of Mercy College, Parramatta in New South Wales, reported that on 8 December they opened doors that were specially built as a replica of the Doors of Catherine McAuley’s House of Mercy in Baggot Street, Dublin.

He encouraged all present to make 2016 a year when people continue to ‘make Mercy a verb’.

The Brisbane Mercy Congregation in Australia held a gathering on 5 December to open of the Jubilee Year of Mercy.

Ninety-two Sisters gathered for a ritual in which they accepted the invitation to participate in the Mercy International Reflection Process.

Congregation Leader, Catherine Reuter RSM spoke of Advent as a door that invites the response of being open to God’s grace in everyone’s lives. 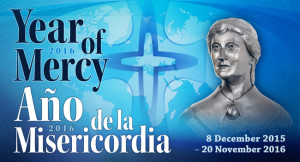 At the Archdiocese of St John’s, Newfoundland and Labrador, the Sisters of Mercy attended the opening of the Holy Door of Mercy.

Archbishop Martin Currie, priests, and Archbisbop Emeritus, Alphonsus Penney, were present with lay people, teenagers and children, along with Sr Rosemary Ryan who was a server and Elizabeth Marrie did a reading.

The Holy Door faces the Gathering Place, a ministry of the Presentation and Mercy Sisters established for the poor, homeless and others in need.

The door also looks out over the entrance to St John’s Harbour where the first three Sisters of Mercy, Ursula Frayne, Rose Lynch and Francis Creedon, arrived from Baggot Street in 1842.