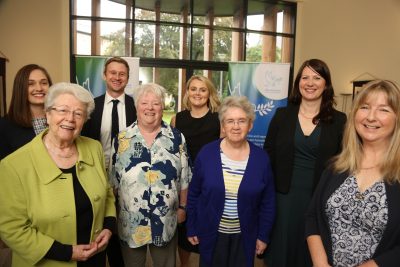 The Mercy Law Resource Centre has called on the Minister for Housing to “urgently and meaningfully address” the suffering of vulnerable homeless families and children.

Minister Darragh O’Brien launched the Centre’s 2019 annual report on Monday and was urged to deliver on the recommendations in the December 2019 Oireachtas Committee report on family and child homelessness.

Last year the MLRC assisted 489 homeless families, which was nearly a third of the total number (1,548) of families registered as homeless as of December 2019.

Amongst the specific measures the MLRC is calling for in order to alleviate the suffering of homeless families and vulnerable individuals are – a legislative amendment or Regulation under section 10 of the Housing Act 1988 to set an upper time limit, as exists in England and Scotland, on the length of time homeless families and vulnerable people can be placed in hotels and B&Bs.

The MLRC warned that unless immediate action is taken to address the way emergency accommodation is accessed and provided, it would have an extremely detrimental impact on the health and well-being of some of the State’s most vulnerable families and children.

MLRC’s Managing Solicitor, Rebecca Keatinge, explained on Monday that the Centre has continued to support “acutely vulnerable families and individuals many of whom have been failed by homeless services”.

“In 2019, we saw another increase in recourse to our service by homeless families, many of whom came to us as a last resort when other advocacy routes failed. We advised 489 homeless families during the course of 2019, up from 452 assisted the previous year,” she said.

Rebecca Keatinge explained that these families spent long periods in commercial hotels and B&Bs, some upwards of two years. “They faced intolerable conditions: cramped and unsuitable hotel rooms for months on end, cut off from family, community and school supports.”

She said the Centre welcomed the quick response of local authorities in March 2020 in the early days of the Covid-19 pandemic.

A number of homeless families supported by MLRC were swiftly moved out of overcrowded B&Bs to more suitable emergency accommodation.

She said MLRC also recognised the concerted and ongoing efforts of local authorities more generally to move families out of unsuitable ‘self accommodation’ in B&B and hotel accommodation into more suitable accommodation.

However, she stressed that MLRC is “deeply concerned” about the health and welfare of a small number of families who are currently being failed by the system, refused accommodation and left to sleep in parks with their young children.

“We have intervened positively in the cases referred to our service yet remain concerned however about the lawfulness and transparency of the homeless assessments. MLRC seeks an explanation for an apparent shift in policy by local authorities, as yet unpublished, in relation to their initial refusal to support homeless families from certain ethnic minorities.”

In September 2019, MLRC opened a new clinic in collaboration with Exchange House Ireland National Traveller Service, specifically to meet the needs of members of the Traveller community.

Between September 2019 and December 2019, MLRC solicitors provided advice in 50 cases, many of whom were families.

The Centre said it was delighted to be continuing with the clinic in 2020 and thanked its funders for supporting it.

Sr Helena O’Donoghue, Chair, Mercy Law Resource Centre, noted in her Introduction to the annual report that State legal aid is not generally available for housing issues, “so the role of MLRC is vital in this context”.

The report also describes the “significant policy work” undertaken by the Centre in co-operation with other bodies from housing agencies to the Oireachtas, to the UN.

Rebecca Keatinge, Managing Solicitor of the Mercy Law Resource Centre highlighted that in October 2019, 10,514 people were experiencing homelessness, the highest ever on record.

“Our housing system continued to fail vulnerable people, leaving them exposed to eviction and at risk of prolonged stays in emergency accommodation with in adequate long-term housing available,” she stated and noted that demand for the Centre’s service was never higher