MEPs vote down proposal for abortion as a ‘human right’ 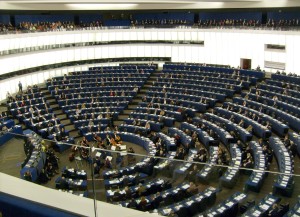 A report calling for abortion to be declared a human right was defeated for a second time before the European Parliament yesterday (Tuesday).

A majority of MEPs rebuffed the highly controversial report.

Instead they passed an alternative non-binding resolution which states that: “The formulation and implementation of policies on sexual and reproductive health and rights and on sex education in schools is a competence of the member states.”

This alternative resolution was adopted by 334 votes to 327, with 35 abstentions.

Responding to the result, Cora Sherlock of the Pro Life Campaign said, “Today is International human rights day. It is fitting that a report which sought to attack the most basic human right – the right to life –  was rejected.”

She continued, “The Estrela report sought to turn on its head the right to life, ignored the mounting evidence that abortion hurts many women and undermined the concept of conscientious objection for medical practitioners.”

European Dignity Watch (EDW), citing a strong campaign by citizens by email, facebook, twitter and a protest at the parliament responded to the outcome, “Citizens in Europe are no longer willing to be dictated an agenda that goes against their profound convictions.”

Among these they cited “parents who don’t accept being pushed away as the primary educators of their children and who want to give their children love and education, not aggressive and inappropriate sex education and contraception; citizens who want the European Parliament to respect democracy and the boundaries of EU law; doctors and nurses who do not want to be forced to perform abortions.”

Last October, the Parliament rejected the Estrela Report on Sexual and Reproductive Health and Rights and referred it back to the Women’s Rights and Gender Equality Committee (FEMM) to reassess its content. The FEMM returned with a mostly unchanged report, and this too was rejected yesterday.

Normally, a non-binding report like Estrela is symbolic, creating justification for new laws and funding and passing the plenary stage without much attention.

However, this report disrespected the principle of subsidiarity, promoted a “right to abortion” against EU law, infringed the rights of parents and the freedom of conscience of doctors.

Citizens made their voice heard and according to the European Humanist Federation on the 3rd December, MEPs had received 80,000 emails of protest against and by the time of the vote this must have exceeded 100,000.

The debate went viral on social media and an ad hoc group “Estrela No – Respect Subsidiarity” got over 4,300 fans on Facebook in just 72 hours before the vote.

About 200 citizens and young families from different countries went to Strasbourg to protest with “Estrela No” posters in front of the Parliament as MEPs were arriving for plenary week.

In Ireland, the Pro Life Campaign urged its friends and members to email their local MEPs asking them to reject the report and its proposal of abortion as a human right.

Following the vote, the group stated “People advocating for authentic human rights have an impact.”

“Irish people joined many others right across Europe in contacting their MEP’s asking them to reject this report.  The result is evidence that making our voices heard on behalf of those who have no voice can make a real difference.”

European Dignity Watch said it had been difficult to put forward many of the solid arguments against the report as those in favour of it had repeated slogans which described those opposed to a “right to abortion” as being against women’s health or belonging to a radical, fundamentalist religious minority.

The body concluded that European citizens and MEPs have made an important step forward to stand for a Europe that “respects dignity, life and the constitution of Europe. The occasion for this debate presented itself in the form of the Estrela report and citizens have made use of it.”