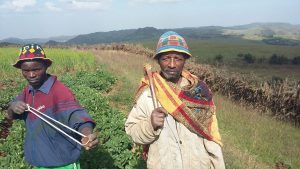 Farmers Akililu Zega and Manaya Mamo at a potato plantation in the highlands.

There must be “conditionality” with EU funding for Eritrea, Brian Hayes MEP has said.

Speaking in advance of his visit to the country he cautioned against corruption and said that the Eritrean government needs to ensure that human rights are protected.

“I reiterate that EU funding that goes into Eritrea must be of benefit to the people of Eritrea, and no one else,” he said. 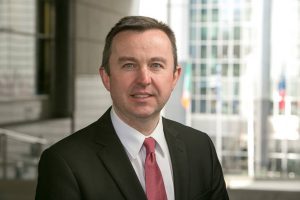 The Dublin MEP and member of the European Parliament’s Development Committee began his visit on Saturday (14 May). It concludes on Wednesday 18 May.

“Over the past five years Ireland has committed over a million euro to projects in Eritrea. Over 20,000 Eritrean families have been directly helped.”

“It is great to get the opportunity to visit Eritrea and see first-hand these programmes in action. I believe that enabling sustainable livelihoods is a critical factor in determining Eritrea’s future,” he said.

He is also visiting EU funded projects and will meet EU officials working in the country and report back to the Development Committee in the European Parliament.

Several of the Irish projects are agricultural. The MEP said they are an example of what a small country like Ireland can do to support developing countries. 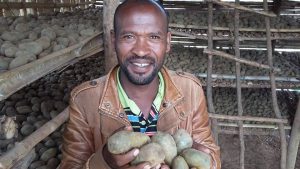 “Their programmes such as the dairy and potato projects use Irish agricultural skills to teach and support Eritrean farmers, making them commercially viable. This practical assistance is valuable to so many Eritrean families,” he explained.

Brian Hayes is being accompanied by Larry O’Loughlin of Teagasc, John Weakliam, CEO of VITA, and Ray Jordan, CEO of Gorta SHA.

“This is about investment and technology transfer, supporting Eritrean farmers by using the very best of Irish research, agronomy and commercial experience,” said John Weakliam of VITA.

He added that what they are doing with the Ministry of Agriculture is “as far removed from traditional aid models as it is possible to get.” 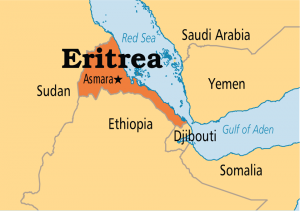 The Minister of Agriculture in Eritrea, Mt Arafaine Behre, said: “The Ministry of Agriculture of Eritrea believes that the bilateral cooperation with Irish agricultural institutions and development agencies in the areas of agronomy – mainly potato and livestock with special focus on dairy is exemplary, effective and addresses the cardinal issue of productivity at a community level.”

Larry O’Loughlin from Teagasc is also on the visit and emphasised that it is his organisation’s firm belief that progressive, smart agriculture will create the level playing field that Eritrean farmers need to thrive.

The group will also meet with the women of Eritrea, over 42,000 of whom have transformed their lives by building the award winning fuel efficient stove in partnership with the EU, Vita and Gorta SHA.

Eritrea is bordered by Sudan, Ethiopia and Djibouti, in the Horn of Africa area.