Home > News > Pope names members of Council for the Economy

Pope names members of Council for the Economy 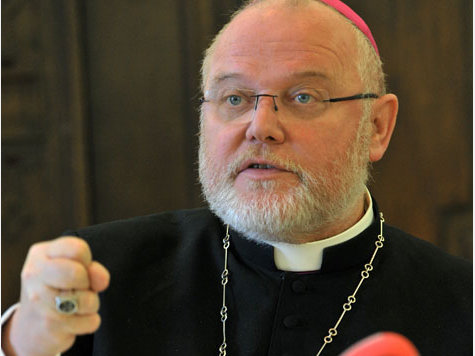 Pope Francis has named the eight cardinals and seven lay people who make up the membership of the newly created Council for the Economy.

The Council was announced on 24 February by the Vatican, with Sydney’s Cardinal George Pell selected as its Prefect.

It is part of the overhaul of the Vatican’s bureaucracy and it will control all economic, administrative and procurement functions of the Holy See.

The 15 new members come from Europe, Asia, and North and South America in addition to Australia.

Cardinal Reinhard Marx, Archbishop of Munich and Freising in Germany, has been chosen as the Council’s Coordinator.

He and Cardinal Pell serve on the Pope’s advisory Council of Eight which was set up in 2013 for the reform of the Apostolic Constitution Pastor Bonus, and to offer advice to the Pontiff on reform of the governing structures of the Church and the Curia.

Vatican spokesman, Fr Frederico Lombardi, said the relationship between the new Council and the Secretariat for the Economy will be defined by their statutes.

He added that the Council is a body with the authority to act, and not a mere advisory body in the way the Secretariat of Economy is.

Fr Lombardi said the establishment of the Council for Economics is a key step towards the consolidation of the existing management structures of the Holy See, which is meant to improve the coordination and supervision of economic and administrative issues.

The Vatican spokesman said the Council is now operational and its first meeting is scheduled for May.

The members of the Council for the Economy are: