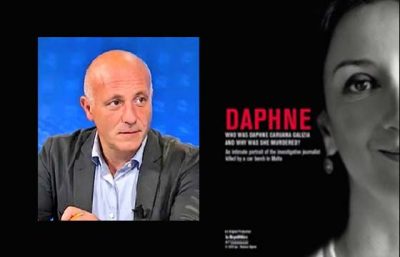 The 2018 Cleraun Media conference will take place next weekend in Dublin with a host of national and international documentary-makers, journalists and editors who will discuss the theme “Growing your Audience: Effective Ways to Tell Great Stories”.

The conference, which is held every two years, is organised by Cleraun Study Centre, a student facility and residence affiliated to Opus Dei.

Four documentary master classes will be offered to conference participants over the course of the weekend.

John Sweeney, a writer and broadcaster with the BBC, will offer “Taking on Putin”. In 2017, he reported on all the terror attacks in Britain, the mass shooting in Las Vegas, and the assassination of Daphne Caruana Galizia in Malta. He has won prizes from the RTS and Amnesty International for human rights work in Chechnya, Kosovo and Algeria and was named What the Papers Say’s Journalist of the Year.

Mr Sweeney won an Emmy and RTS prize for programmes about the massacre at Krusha e Madhe, Kosovo. In 2006, he gave evidence against six Serb former army and police commanders accused of mass murder at The Hague. His books include The Life and Evil Times of Nicolae Ceausescu and Trading with the Enemy: Britain’s Arming of Iraq.

Another documentary master class will see Carlo Bonini discuss “Daphne: Who was Daphne Caruana Galizia and Why Was She Murdered?”

Mr Bonini is a special correspondent with the Italian daily newspaper La Repubblica, which has a circulation of 340,000. He worked with Newsweek in New York and later with Il Corriere della Sera in Milan. He has written a number of books, including one on the prison in Guantanamo Bay. Suburra, a novel on criminal life in Rome was made into a film in 2015 and into a 10-part Netflix series in late 2017.

Sinead O’Shea is an award-winning filmmaker and journalist. Her first feature documentary A Mother Brings her Son to be Shot premiered in 2018 at the London Film Festival. It has been nominated for a FACT Award at CPH:DOX in Copenhagen, for a Maysles Observational Documentary Award at the Belfast Film Festival, and Best Feature Documentary at the 2018 EBS Documentary Film Festival in South Korea.

Ms O’Shea has directed and produced films with Al Jazeera English, BBC Newsnight, Channel 4 News, Unreported World and RTÉ. She previously covered Ireland for the New York Times, established the audio section of the Irish Times, won an Irish Media Justice Award for Lives in Limbo and an IFTA for Sampler with RTÉ.

The fourth masterclass will look at Troubled Water by Amy Molloy, a reporter and online editor with Independent.ie.

In 2017, she travelled to Arizona as part of the Veronica Guerin Memorial Scholarship to carry out investigative work on the quality of drinking water in the United States with the Carnegie-Knight News21 programme, a national multimedia reporting project produced by top journalism students and graduates.

The documentary won an Edward R. Murrow Award for excellence in digital reporting. She is a recent graduate of Dublin City University with an MA in journalism, and has an undergraduate degree in law. She previously worked as a caseworker on the Irish Innocence Project.

This year’s Cleraun conference begins on Friday 16 November at 6pm and continues until Sunday 18 November at the Institute of Banking, IFSC, North Dock, Dublin.