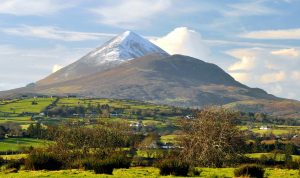 Mayo Mountain Rescue has urged caution this weekend as over 25,000 people are expected to climb Croagh Patrick in Co Mayo for the annual Reek Sunday pilgrimage.

This year’s event will be the first Reek Sunday climb in two years following the cancellation of last year’s event due to bad weather.

Croagh Patrick is renowned for its Patrician pilgrimage in honour of St Patrick, Ireland’s patron saint.

It was on the summit of the mountain that St Patrick fasted for forty days in 441AD and the custom has been faithfully handed down from generation to generation.

The Black Bell of St Patrick was a highly venerated relic on Croagh Patrick for many years.

Each year, the Reek, as it is colloquially known, attracts about 1 million pilgrims.

On ‘Reek Sunday’, the last Sunday in July, thousands of pilgrims make the journey to the mountain summit.

At the top, there is a modern chapel where Mass is celebrated and confessions are heard.

Individuals and groups come from all over the world and include pilgrims, hill climbers, historians, archaeologists and nature lovers.

“It is imperative that suitable footwear be worn, along with warm clothes and rain gear, as well as sun protection. All climbers should also bring a plentiful supply of water and snacks, while extra care must be taken with children on the mountain.”

Speaking on local radio, Ruth Cunniffe of MMR said, “On average we have 100 mountain rescue personnel from the 12 Irish mountain rescue teams to assist with the operation.”

“While this is usually the busiest weekend for the Mayo team so far this year we have had over 25 callouts, the majority of which were on Croagh Patrick. This is an increase of about 30 percent over the same time period from 2015.”

“With upwards of 25,000 pilgrims expect to descend on the village of Murrisk, the Reek Sunday operation involves a massive logistical operation involving the local community, various volunteer bodies and agencies.”