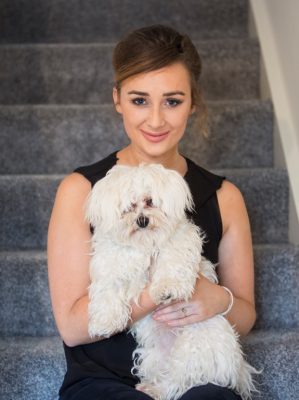 Bishop Fintan Monahan, Bishop of Killaloe, has described the late Laura Brennan as an “outstanding” person.

“I was struck by her strength of character, her determination, her belief in what she was doing and above all by her warmth and humanity,” said Bishop Monahan on behalf of the faith community of the parishes of Ennis and Clarecastle and the Diocese of Killaloe.

He was speaking at the Mass of remembrance and celebration of the life of the 25-year-old who had campaigned in favour of the HPV vaccine to save others from the cervical cancer that proved fatal for her.

“Her legacy as a person and her advocacy will live on and achieve so much that is good, that is true, that is beautiful,” said the Bishop.

The Mass took place in the Cathedral of Saints Peter and Paul, Ennis, Co. Clare on Wednesday 27 March. A friend of the family Fr Pat Malone, co-Parish Priest of the Abbey Pastoral Area, was chief celebrant and preached the homily.

He said that while she loved the excitement of life in parties, holidays, concerts and beauty products, it was not unknown for Laura Brennan to reach out to a homeless person on the street to see if they wanted tea or coffee.
“So the courage, the awareness of the needs of others and the willingness to get involved in doing good which enabled her to engage as an advocate for the HPV vaccine, was in action all her life,” he said.

He added that Laura Brennan spoke often in the midst of her personal illness about being “in control of her personal freedom to act”. He said that she “spent her energy to the last” so that others might be spared the ill health that she experienced.

“In this manner of selfless giving she demonstrated the greatest Christian value of all, that we do onto others and wish for others as we would for ourselves. Laura Brennan is testimony to a great truth that ‘one person can make a difference’,” he said.

Laura Brennan from Co. Clare contacted the HSE in September 2017. She had just received a diagnosis of terminal cervical cancer and was determined that every parent in Ireland who was about to make the decision whether their daughter was to be vaccinated against HPV would hear her story first.

“This illness is devastating and it’s going to take my life but the good news is there’s a vaccine that you can get that prevents it. HPV caused my cancer. I just wanted parents to know there is an alternative,” said Laura Brennan.

Laura Brennan always kept positive, stating: “You just have to keep going. There’s always worse – children are being diagnosed with cancer every day, people are being blown up. Maybe it won’t be the cancer that gets me in the end, maybe I will be hit by a bus. You just can’t give in.”

Laura Brennan’s brother Colin Brennan returned from working with Concern in Syria to be present at the funeral. Sr Mary Barry, Missionary Sisters of the Holy Rosary, her aunt, did the readings.