Home > News > Mass for Association of Papal Orders in Ireland

Mass for Association of Papal Orders in Ireland 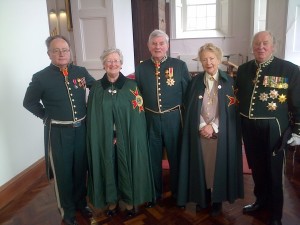 If the Irish Church is to make the transition to a smaller but more dynamically evangelical Church it will need people, rather than money or structures, Archbishop Michael Neary has said.

In his homily at the Mass for the Association of Papal Orders in Ireland at McKee Barracks in Dublin, the Archbishop of Tuam said the Church in Ireland today finds itself “at a rather bewildering crossroads”.

“Looking at the present state of the Church in Ireland, we are certainly at a crossroads, one of many in a long and meandering history.”

He told the assembled knights and dames that the Catholic Church “is no longer the nation at prayer, insofar as that was ever entirely the case”.

“On the very edge of Europe, we are hearing the last vestiges of Christendom in their death-rattle,” he warned.

Christendom, he suggested, being a shared set of assumptions about life and its purpose, reflected in use of language, in culture and in the law, is quickly moving towards its end.

He said the Church in Ireland must consider carefully what this means for it and there needs to be a careful deliberation matched by the urgency of the situation.

Archbishop Neary told the Knights and Dames that they are “among the most committed people we have in the Church”.

But he set out the context in which their commitment was being lived out.

“Our priests tell me of measurably declining congregations and a steady, if still quite gentle, dropping in contributions. They see few teenagers in their churches. They feel, intuitively, that the temporary lapsing noticeable here from about the seventies is changing. They fear that those falling away in recent years will not return.”

The Archbishop said he could see the same with his own eyes in the Cathedral parish in Tuam.

“Even the outright hostility we had been experiencing from sections of the media, the political establishment and some of the public has curiously abated. This, if I am right, is not because the depth of our piety and the brilliance of our arguments have made them think again.”

“This is because the whole society, like an Irish village of fifty years ago, knows and is tacitly acknowledging something that hardly needs to be said – that a great struggle, social, political, intellectual and profoundly cultural, has been fought. And that we have lost.”

Archbishop Neary said the abuse scandals were not the primary reason.

“Disgraceful as they were, they only added force to the inevitable shrugging aside of values which had come to be seen as inhibiting and obsolete. Holding Ireland back from the fire, as it were, from its place at the secular hearth, from the warmth of belonging in the new consensus.”

In this context, the Archbishop likened the treatment of the Church, notwithstanding the occasional row, to “the good-natured forbearance accorded to an elderly, opinionated and rather irritable relative. We are not as serious a threat and will soon be even less so,” he said.

In relation to the handing over of the patronage of schools, the Archbishop posed the questions: Which schools? Where? By what process of consultation and decision-making?

“What if, as has already happened, parents, even non-churchgoing parents, do not wish a change of ethos?”

On the possible closure of some churches, he asked will some have to be closed and if so which one and where?

“According to what criteria? Do we close remote, ill-attended country churches and retreat to the towns or do we take a stand and favour already marginalised communities?”

Against this rather alarming backdrop, Archbishop Neary said it was therefore with something approaching incredulity that many people heard “the call to battle” that is Evangelii Gaudium, the recent apostolic exhortation of Pope Francis.

He said this will be a new chapter in our stewardship of the Church.

“It will, to say the least, be labour-intensive. If we are to manage this enormous transition to a smaller but more dynamically evangelical Church we will need people. Not primarily money or structures, however important these may be.”

Using the language of the mediaeval map-makers, ‘here there be dragons’, the Archbishop said there must also be knights in armour too.