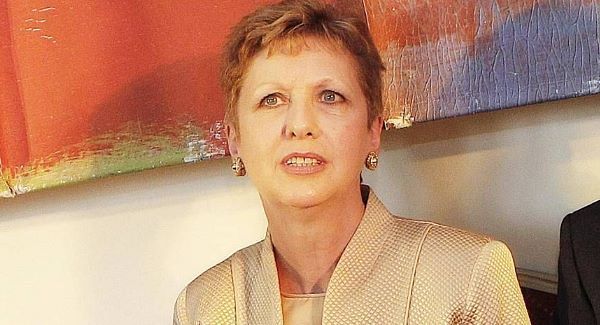 Former president, Mary McAleese, has been appointed patron of a Catholic institute of theology in Britain according to the international catholic weekly, The Tablet.

The former professor of law at Trinity College Dublin, who has a doctorate in canon law, is to take up the role with the Margaret Beaufort Institute of Theology in Cambridge.

On 1 March, Dr McAleese delivered the 2014 Mary Ward lecture at the Institute on ‘Women in the Church and the Academy’.

The Von Hugel Institute (VHI) is a Catholic research institute founded in 1987 to carry out research from the perspective of Catholic Social Teaching to preserve and develop the Roman Catholic heritage of St Edmund’s College.

St Edmund’s was founded as a house of Catholic priests reading for degrees in Cambridge.

Professor McAleese delivered a challenging lecture titled ‘Church Governance – the Imperative for Collegiality’ at the VHI on 28 February in which she argued that shared governance by the Pope and bishops needs to be restored within the Church. ( http://bit.ly/1eEznJl )

Dr McAleese served as President of Ireland from 1997 to 2011. She has since done studies at the Gregorian University in Rome in canon law and published a book on Vatican II’s teachings on collegiality and how they have not yet been implemented.

‘Quo Vadis: Collegiality in the Code of Canon Law’ was a surprise best seller in 2012.

The Margaret Beaufort Institute of Theology prepares women for lay ministry. It is named after Lady Margaret Beaufort (1443-1509), who has been described by the historian David Starkey as the most powerful woman in England of her day.

She was a scholar and a very significant philanthropist.

As the richest woman in medieval England, she used her wealth to promote religion, learning and the education of clergy in particular.

She was mother to Henry Tudor, her only son from three marriages.  He became King Henry VII, and in 1485 she assumed the title of the King’s Mother.

Cambridge became the focus of much of her philanthropy through her confessor St John Fisher, who was Chancellor of the University.

Working with Fisher she founded two Cambridge colleges, Christ’s and St John’s, and endowed the Lady Margaret’s Professorships of Divinity at Oxford and Cambridge, to which she appointed her friend and confessor.

Lady Margaret herself translated and published one of the most widely read devotional texts of all time, the ‘Imitation of Christ’ by Thomas à Kempis. She was a sponsor of the printer Caxton and was, therefore, a major supporter of the new media of her day.

The origins of the Margaret Beaufort Institute of Theology lie in the early 1990s, when a group of Cambridge theologians, religious sisters, friars and priests got together with leaders from the ecumenical Cambridge Theological Federation (CTF) to create a new Catholic college for lay theological education.

From the outset they had two purposes:

To bring a Catholic perspective to the Cambridge Theological Federation.

From these twin purposes, the focus of the new institute emerged: the theological education and formation of lay Catholics, especially women, for Christian discipleship and ministry.

It was intended to be a prophetic foundation, firmly rooted in the inspiration of the Second Vatican Council, who saw the theological education of the laity as indispensable to the Church’s mission in the modern world.

The Margaret Beaufort Institute of Theology was formally launched in October 1993.