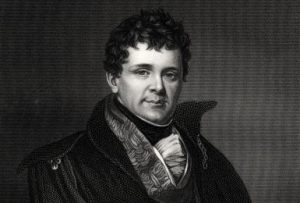 Former President of Ireland Mary McAleese has been selected to deliver this year’s annual ‘Daniel O’Connell Lecture’ at this year’s summer school held in the Irish politician’s honour in Co Kerry later this month.

Mrs McAleese, who has been completing a doctorate in canon law and has a long-standing interest in the life and legacy of O’Connell – particularly his fight for Catholic Emancipation and the right of Catholic MPs to sit in Westminster – will also be interviewed by Frank Lewis and will take part in a question and answer session afterwards.

The annual summer school takes place over Friday and Saturday 26-27 August in Derrynane and Cahersiveen in Co Kerry.

Speaking about the forthcoming event, director of the school, UCD Professor Maurice Bric told the Kerryman newspaper, “Unlike some of the other summer schools, the Daniel O’Connell School does not have a specific theme. Instead, we offer a mix of lectures on local, county, national and international history.”

“Of course, we will also have a section on the life and times of O’Connell himself and how he continues to influence the Ireland in which we live today. I am sure that Mary McAleese will also refer to this in her keynote address.”

Other contributors this year include Irish Examiner journalist Michael Clifford, who will speak about his grand-uncle Tom Clifford who fought in the Irish Citizen Army.

Rhona Richman Kenneally of Concordia University in Montreal, Canada will speak on the impact of rural electrification on the design of Irish homes, especially in rural Ireland.

A section on the life of O’Connell himself, including a lecture on the way he was treated by the press at the time, will be given by John Horgan who was the first president of the Press Council.

Maureen Murphy will talk about a visit from a lady called Askenath Nicholson to South Kerry in 1847 during the height of the Famine.

Given the year that is in it South Kerry’s role in the 1916 Rising will also be discussed.