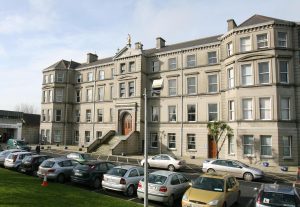 Ireland’s largest Catholic third level college will host a major conference on Martin Luther and his relationship with the Catholic Church next week.

The Department of Theology & Religious Studies at Mary Immaculate College (MIC) in Limerick City, together with the Irish Province of the Augustinian Friars, will host a conference marking the fifth centenary of Martin Luther’s Reformation on 7th October in MIC with the renowned US historian Prof. Carlos Eire, as keynote speaker.

Martin Luther’s story dates back to October 1517 when as an Augustinian friar, he posted 95 theses in Wittenberg, dealing with issues such as the forgiveness of sin, indulgences, good works and the authority of the Pope. This event and his ongoing challenges to various aspects of the Church’s teaching and practice at the time led to a series of radical breakups and reforms in the Church which have changed the course of European history, the consequences of which are still with us.According to Conference Co-Convenor Dr Eugene Duffy, this conference will explore the thinking of Luther, and its impact on Ireland in the sixteenth century and beyond. It will also review the current state of the ecumenical dialogues between the Roman Catholic Church and the Churches associated with Luther’s Reformation.

An international panel of speakers will address the Conference, including leading historians and theologians. The keynote speaker will be Professor Carlos Eire, Professor of History and Religious Studies at Yale University, where he has served as chair of the Department of Religious Studies and the Renaissance Studies Programme. He has taught at St John’s University in Minnesota and the University of Virginia, and was a Fulbright scholar in Spain, and a Member and Fellow of the Institute for Advanced Study in Princeton.  He is the author of War Against the Idols (1986), From Madrid to Purgatory (1995), A Very Brief History of Eternity (2009).

Speakers at the event include Archbishop Michael Jackson, who has been Archbishop of Dublin, Bishop of Glendalough and Primate of Ireland since 2011. He has held many positions in the Church of Ireland and is currently Co-Chairman of the Anglican-Lutheran Porvoo Communion, Bishop Brendan Leahy, Bishop of Limerick, previously served as professor of systematic theology at St Patrick’s Pontifical University, Maynooth, and is currently the Chair of the Ecumenical Advisory Committee of the Irish Catholic Bishops Conference and Co-Chair of the Irish Inter-Church Meeting, Colmán Ó Clabaigh OSB, a monk of Glenstal Abbey and a medievalist specialising in the history of monastic and religious order in Late Medieval Ireland. Professor Marian Lyons, Professor of History at Maynooth University, will also speak at the event. She is the Conference Secretary and Trustee of the Catholic Historical Society of Ireland and joint organiser of the international Reformation 500 Conference which will take place in Dublin in October 2017. These will be joined by Kieran J. O’Mahony OSA, an Augustinian priest and biblical scholar. He is the Academic Coordinator of Biblical Studies in the Archdiocese of Dublin and is currently one of two ecumenical canons at St Patrick’s Cathedral, Dublin and James F. Puglisi SA who is a Franciscan Friar of the Atonement. He has served on several projects of the Faith and Order Commission of the World Council of Churches dealing with Baptism and Christian Initiation as well as ordained ministry.

The conference will take place in the Tara building in Mary Immaculate College beginning at 9.30am and will conclude at 5pm.