The passing of Martin McGuinness might help to refocus the minds of those involved in talks at Stormont, Archbishop Eamon Martin has stated.

“This is a very critical moment in our peace process. Our representatives who we elected in recent weeks have a lot of responsibility now to bring us forward,” Archbishop Eamon Martin, Archbishop of Armagh and Primate of All Ireland, said after visiting the home of the late Martin McGuinness in Derry to offer his condolences to the family.

Speaking on BBC Radio Foyle in Derry, he added that the people of Derry city and all over Ireland are still carrying their memories of things that they did or assisted in doing.

“I would love to see a way in which even they could speak the truth of their past and  … in many ways I had hoped Martin McGuinness might have been around a lot longer because he was courageous and may even have helped to lead others to some form of truth and reconciliation process,” he said.

Growing up in Derry as a teenager and in his early years of priesthood, Archbishop Martin associated Martin McGuinness with the IRA, but in more recent times he associated him with efforts to try to bring everyone towards a more peaceful and shared future.

Reflecting on his legacy, the Archbishop said that the death of Martin McGuinness had “lifted the lid” on the past and revealed “how raw, how hurt, and how traumatised many people remain”.

The Archbishop said that there is still a lot to be done in the peace process. 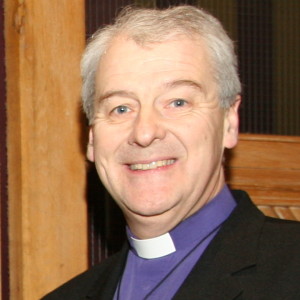 The Church of Ireland Archbishop of Dublin the Most Revd Dr Michael Jackson expressed his sympathy to family and friends on the death of Martin McGuinness.

Archbishop Jackson recognised the contribution made by Martin McGuinness to peace and reconciliation as an integral part of the process of politics.

“Over a sustained period he committed himself in partnership with others to building a platform of peace in a broken world. Reconciliation changes individuals and it changes lives because at its heart it is transformative of inherited and accumulated caricatures and wrongdoings. It is one of the signs of the Kingdom of God in our midst.”

Anglican Archbishop of Armagh and Primate of All Ireland Richard Clarke said that there were two distinct sides to Mr McGuinness. 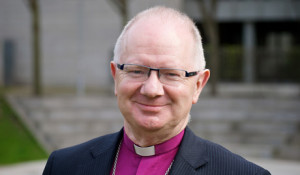 “While recognising the hurt, fear and misery brought into hundreds of other lives in the first part of that life, we should also convey proper appreciation of the immense statesmanlike qualities that Martin McGuinness brought into the political life of Northern Ireland in recent years,” he said.

Political leaders at Stormont also paid tribute to Martin McGuinness. DUP leader Arlene Foster said his legacy was “complex and challenging” and that it was doubtful Northern Ireland would “ever see his like again”.

She remembered in a special way the victims who have painful memories and said she wanted to empathise with all innocent victims throughout Northern Ireland. But she also recognised that there are many who saw Martin McGuinness as a leader, friend or mentor and who are feeling a very real sense of loss.

She said that those who have claimed that Northern Ireland had not changed were wrong, and she quoted Martin McGuinness’ favourite poet, Seamus Heaney, saying: “So hope for a great sea change, on the far side of revenge. Believe that further shore is reachable from here.”

Today, Wednesday 23 March 2017, the funeral mass for the late Martin McGuinness is being celebrated at 2.00 pm in Saint Columba’s Church, Long Tower in Derry city. Father Michael Canny is the chief celebrant, and he is preaching the homily. Bishop Donal McKeown, Bishop of Derry, is also presiding at the Mass.