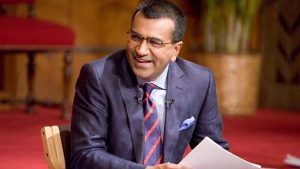 The BBC has announced that Martin Bashir, who is best known for his Princess Diana and Michael Jackson interviews, has been appointed as the new BBC religious affairs correspondent.

“I am delighted to be re-joining the BBC at this time and in this subject area. The opportunity to cover the broad spectrum of religious affairs is challenging and compelling and I cannot wait to get started,” said Martin Bashir.

During his career Martin Bashir interviewed HRH Diana Princess of Wales, the suspects in the murder of Stephen Lawrence, British nanny Louise Woodward who was jailed in the USA, and Michael Jackson.

He has chaired debates on the battle between historic faiths and the New Atheist movement, reported on anti-semitic attacks in Europe and for ABC moderated a televised debate on political correctness entitled ‘Sex and God at Yale’.

He also made documentaries such as the investigation into abuse within the Church of Scientology and exposing the ‘BALCO’ performance-enhancing drugs scandal that involved Olympic athletes Marion Jones and Tim Montgomery.

He was born and raised in Wandsworth in London; his parents are of Pakistani Christian origin.

His religion is ‘Christian’ and he studied English and History from 1982–1985 at King Alfred’s College of Higher Education (previously a Church of England foundation for the training of elementary schoolmasters and later Winchester University).

As religious affairs correspondent, he is expected to report on events and provide analysis and insight on the major themes and issues affecting different faiths in the UK and around the world.

Jonathan Munro, Head of BBC Newsgathering said, “Martin’s track record in enterprising journalism is well known and respected in the industry and amongst our audiences. As a student of theology, Martin will bring immense knowledge of the brief to his new role, and an enthusiasm to cover the broadest range of faith-based stories.” 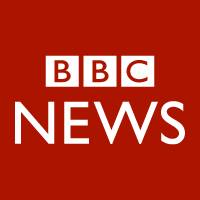 Martin Bashir worked as a correspondent for BBC News from 1987 until 1992.

Then he joined the BBC’s investigative programme Panorama until 1999 and presented BBC Radio 4’s Sunday programme until 2004.

He then moved to Tonight on ITV and after that he moving to the United States and presented ABC’s Nightline programme in 2004.

In 2010, he joined NBC News as an MSNBC anchor and a correspondent on NBC’s Dateline programme.

In December 2013, he resigned from MSNBC after making comments about Alaskan politician Sarah Palin.

He takes up the role of religious affairs correspondent after Caroline Wyatt stepped down when she was diagnosed with multiple sclerosis during the summer.

Her background is Catholic and she has continued to do studio work including reporting on the canonisation of Mother Teresa recently.

The new appointment comes as other stations such as ITV have cut back on religious programming and the BBC has been reviewing its output. 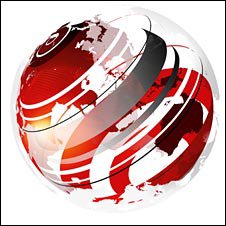 In June, the BBC received a petition from a Christian group signed by 12,000 people asking the station to remove Aaqil Ahmed as the Head of Religion and Ethics, and scrap proposals to reduce Christian programming.

They claimed that the head of Religion and ethics was biased towards Islam, but the BBC denied this.

The petition came after a review by BBC concluded with Aaqil Ahmed’s report saying the station is too Christian and suggested a more inclusive scheme for religious programs, which will give more airtime to Muslim, Hindu, and Sikh faiths.

In response to this, Voice of Justice UK’s CEO Revd Lynda Rose said that giving more airtime to Christian programmes is just and right because the United Kingdom is a Christian country.

She highlighted the Christian values which form the cornerstone for the UK’s laws and culture.