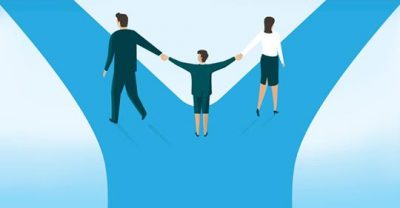 Married couples with children have stronger levels of commitment and satisfaction in their relationships compared with cohabiting couples.

This is according to a new survey, the first of its kind in Ireland, which examines the self-reported quality of relationships and family life between cohabiting couples with children compared with married couples. The survey took place across 11 countries.

The Iona Institute has publicised the Irish findings, which show that during the last 12 months 18 per cent of married couples with children have had “serious doubts” that their relationship with their partner will last, compared with 34 per cent of cohabiting couples. This is a difference of almost 2:1.

“The rise of cohabitation as a phenomenon receives very little attention or discussion, despite its growing prevalence here in Ireland just like overseas,” said Professor Patricia Casey, commenting on the survey.

On the common belief that there is not much difference between marriage and cohabitation, Professor Casey said: “This simply isn’t true. Cohabitation is less stable than marriage.”

She added that the survey gives some insight into why cohabiting relationships are less stable on average than marriage. “Being married seems to add an extra layer of commitment and stability to a relationship,” Professor Casey said. “Clearly it is in the interests of children, and therefore of society and the State, to encourage relationship stability. For this reason, we should seriously consider actively promoting marriage between parents and would-be parents as a path to this.” 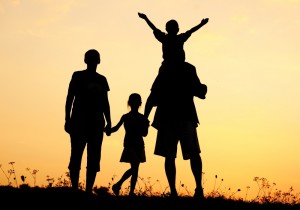 The survey found that cohabiting couples are less likely to be “very satisfied” with their family life than married couples – 56 per cent and 66 per cent respectively.

Similar findings were found in the other ten countries surveyed, including Australia, Chile and the UK. The survey is part of a much bigger international survey conducted by the Institute for Family Studies called the Global Family and Gender Survey*, which spoke to married and cohabiting couples with children all over the world, including almost 2,500 people in Ireland. The survey spoke only to couples aged 18 to 50 with children under the age of 18.

The Global Family and Gender Survey also suggests that one factor explaining the stability premium for family life associated with marriage is commitment. Specifically, this survey finds that married parents are more likely to attach great importance to their relationship, compared with cohabiting parents.

Our nearest neighbours in the UK are top of the list of relationship doubters when it comes to cohabiting parents. About 4 in 10 UK cohabiting couples or 39 per cent say that in the past 12 months they’ve had serious doubts that their relationship with their partner will last. This compares with 36 per cent in the US, 35 per cent in Australia, and 34 per cent in Canada (as well as in Ireland).

In Ireland cohabitation has risen in recent years. As at Census 2016, there were 152,302 cohabiting couples in the country and the total number of children aged under 15 living with cohabiting couples was almost 100,000 (98,457). This accounts for 12.5 per cent of all children under 15 in Ireland.

*The Global Family and Gender Survey looks at family trends and attitudes in 11 different countries. Results regarding cohabitation from the other ten countries in this study can be found on: https://ifstudies.org/blog/less-stable-less-important-cohabiting-families-comparative-disadvantage-across-the-globe.