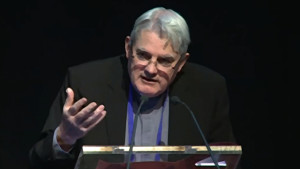 The former headmaster of Glenstal Abbey School has said it is “vitally important” that Catholic schools do not allow the perception of a reactionary ghettoised minority be foisted upon them by the media and some hostile public opinion.

Speaking at the Le Chéile Schools Trust annual conference, Dom Mark Patrick Hederman said the dangers and the pit-falls of so-called ‘Catholic Education’ are not the vision statements or the inspired people who are behind these, but rather the negative historical circumstances and erroneous perceptions of a contemporary population.

“What people think, and what the media portray, is quite different from the project as outlined in the various manifestos.”

The theme of this year’s Le Chéile Schools Trust conference is ‘A Faith that Changes the World’.

The Benedictine monk said that for many in our society the very notion of ‘Catholic Education’ can conjure up images of sectarianism, of initiation to a cult, of some form of brainwashing to a particularly hard-line Catholic world-view.

“The Catholic Church, for the pantomime which the press is keen to promote, is the Wicked Stepmother of every fairy tale,” he observed.

Speaking to representatives of the fourteen religious congregations which operate under the umbrella of the Le Chéile Trust, he warned “Our schools must not appear to be sectarian and supportive of values and lifestyles which have been rejected by the majority of twenty-first century families in this country. Otherwise we are categorised as out-of-date leftovers from a previous era, such as the Amish communities in America and Canada.”

The Abbot of Glenstal Abbey, who was the keynote speaker at this year’s conference, is the author of ‘The Boy in the Bubble’ which has been described as “a penetrating critique of the Irish educational system”. 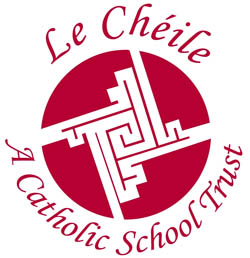 In his address to over 100 student representatives and 100 adult representatives, including teachers, he said the soul of any society is in their system of education, which elaborates the values they wish to promote. It is said that all schools paint a picture of the world.

He underlined to the gathering in Athlone that education in Ireland needs to nurture people who can move effortlessly between the arts and science, between technology and design, between creative writing and business.

In a biting criticism, Abbot Hederman observed that “Thirsty for national profit, nations, and their systems of education, are heedlessly discarding skills that are needed to keep democracies alive.”

“If this trend continues, nations all over the world will soon be producing generations of useful machines, rather than complete citizens who can think for themselves, criticise tradition, and understand the significance of another person’s sufferings and achievements. The future of the world’s democracies hangs in the balance.”

Anxiously focused on national economic growth, we increasingly treat education as though its primary goal were to teach students to be economically productive rather than to think critically and become knowledgeable and empathetic citizens, he stated.

But, he said, education should be about developing the whole person of the child.

“Every person should be offered such an experience of the release of the creative principle in their personal lives, so that they in turn can introduce it into the workplace or wherever they happen to be.”

“The essential element in our educational process is quality contact between small groups of students and inspirational teachers.”

He continued, “The kind of education which has built itself up over the last 200 years since the concept of compulsory education for all children took root, has become a capitalistic overdrive towards individualistic and isolated achievement.”

The Benedictine monk and former headmaster underlined, “We have to make sure that they develop fully and totally at every level, the physical, the emotional, the intellectual, the intuitional and the spiritual. Our job is to spot the talent and then have the imagination to find the means whereby this can flourish.”

You must take inspiration from the title of your trust: Le Chéile means ‘together’ and it doesn’t mean going it alone, he commented.

According to Dom Hederman, there has to be a massive shift in culture. Deeper learning and learning together. Not a search for facts but an understanding of the whole picture, the concept behind the facts. Not one person who is an expert teaching us the way things should be done; but every single one of us together learning every day how to be a human being for the rest of our lives.

Unless we put the child and the child’s growth towards wholeness at the centre of our vision, our philosophies of education are askew, he warned.

“Our role as educators is to establish the rights of every child to have direct personal contact with God’s Holy Spirit. These are God’s children and we have to leave open the call from God to each one of them.”

He concluded, “Our schools must be a living example of the words of Jesus: ‘I came that they should have life and have it more abundantly’.”