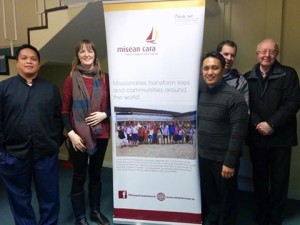 Only 20% of Burmese migrant children start school, and 90% finish before the age of 11.

These were the stark figures portrayed on a video prepared by some of the 200 migrant children and teenagers who have been educated at the Marist Education and Community Centre in Ranong, Thailand where there are many poor Burmese migrants.

The agency had supported the Marist Mission Ranong (MMR) to build the Marist Education and Community Centre.

The children themselves took part in a video to thank Irish benefactors and to highlight their situation.

“We will study hard and try our best for our families, school and country,” three younger children said in the video in which they also said thanks and Happy New Year to all their Irish benefactors and friends.

70 teenagers who receive a four year secondary education learn English as part of their curriculum and were able to communicate well on the video.

They spoke warmly of the languages, maths, science and computer studies that they do and about the football, basketball and volleyball that they play.

The centre is the only one to offer secondary education to Burmese migrant children in Ranong. 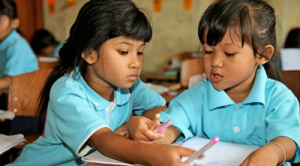 It caters for every age from pre-school for 70 children to secondary.

The wider foundation has a Bridging Programme which prepares selected students for university.

A child protection programme helps 30 at risk young children without a learning centre to get off the streets and participate in education.

The centre came about in the fishing town of Ranong where the migrant workers cram into trucks on the way to fish factories and boats, and young men and women work on construction sites.

The Burmese are in this situation because they are forced away from their homes and families because of  poverty.

They become economic refugees and migrants. Some of the women go into the sex industry and the men into the fishing boats and factories.

The children are educated to offer them a better future and the Education Project works on the premise that each child is of infinite value, regardless of race, religion, gender or financial background.

Read more about their work: http://www.maristthailand.org/marist-mission-ran
Watch the video: http://www.miseancara.ie/thanks-support-2014/